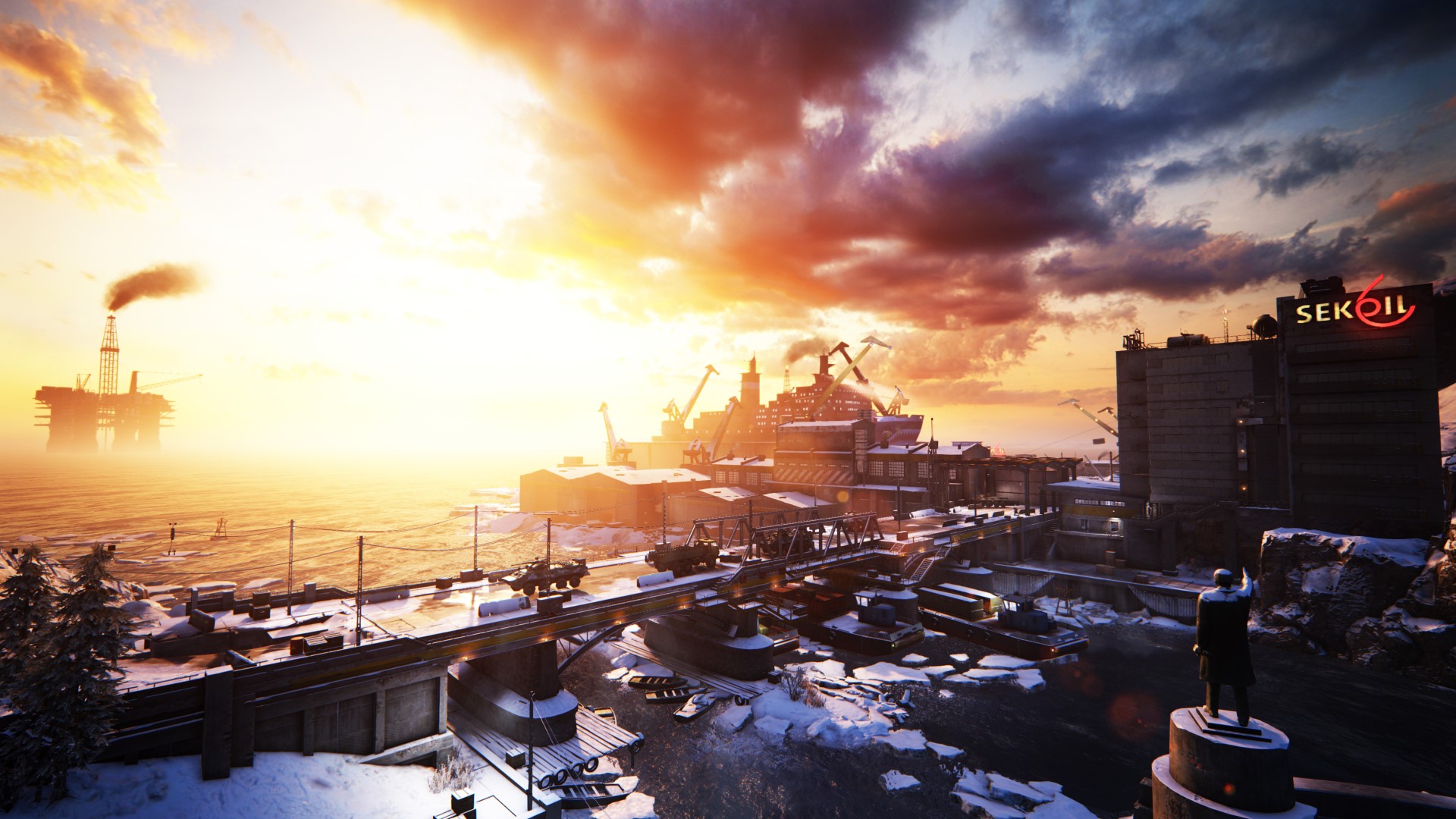 Back in 2018, I ranked four Sniper Ghost Warrior games (including Sniper Art of Victory) under one blog, as for it was before I changed to my new ranking format. Now, I have a new game to add to the rank, but with the new format. Because of this discrepancy, I have decided to make my original ranking from games Art of Victory through Sniper Ghost Warrior 3 as part one, this game as part two, and so on. You can find the rank itself at the bottom of this blog. With all of that said, let’s get into it.

Contracts takes place in an alternate version of Siberia where the country has gained independence from Russia. The new leaders, however, are abusing their powers, leaving the people of Siberia once again feeling betrayed. You are a contract sniper being paid by a mysterious person or group to alter some of the political power through the scope of your rifle.

While the past games in this series play very differently from one another, Contracts is much more in-line with Sniper Ghost Warrior 3. There are changes to the size and scope of the game, but the overall gameplay and feel of the game is much more similar than the previous games. The main difference between this game and the last is that the last was a full-priced open-world game, while this game’s starting price was 30 USD and the levels take a more open-ended, replayable approach similar to the reboot Hitman games. Despite this sounding like a downgrade, I think this new approach to the series is an improvement that should continue into future titles. 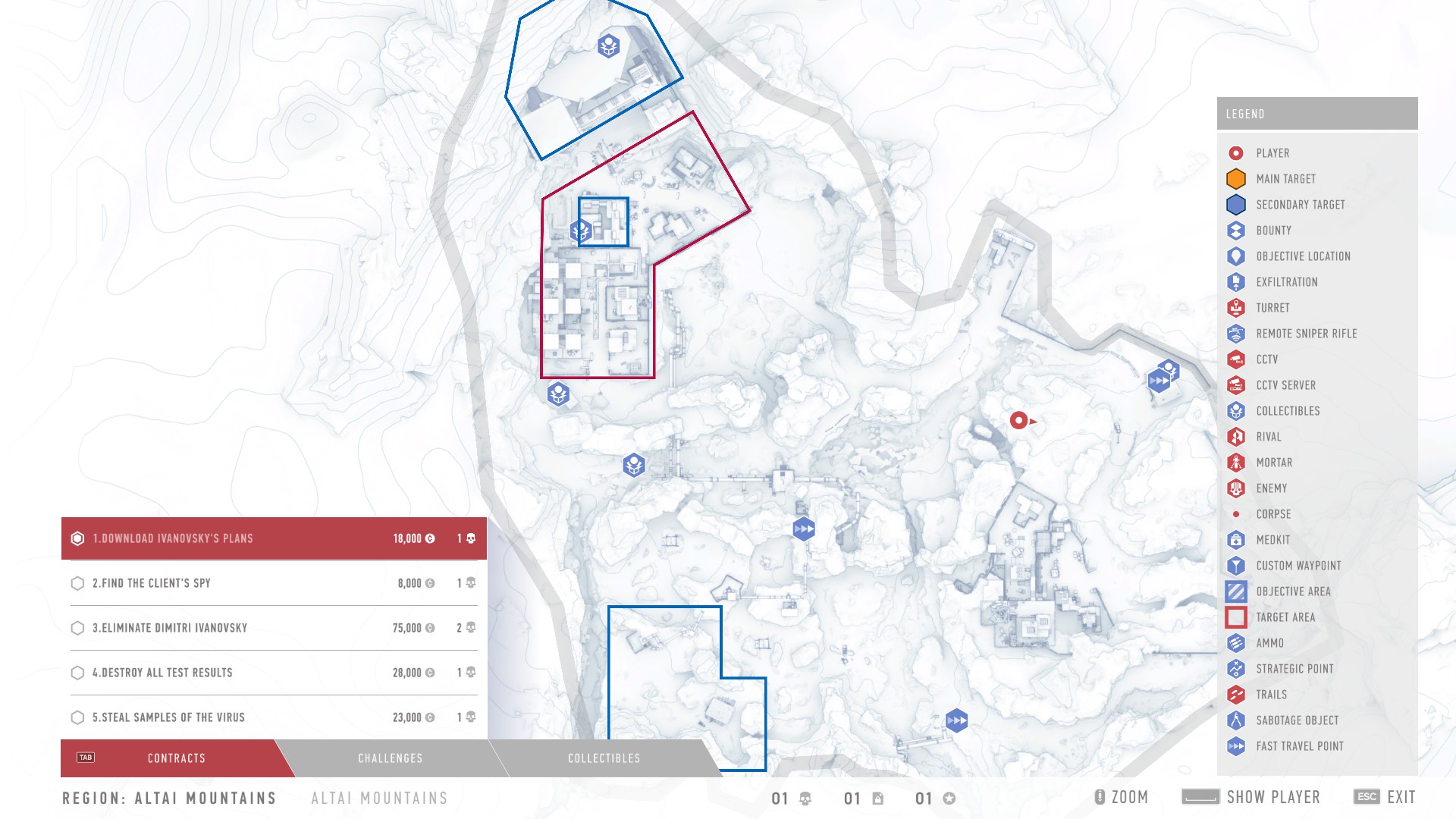 It’s not open world, but the maps are large, filled with things to do, and can be explored at your leisure.

So, how do the levels work exactly? In this game, there are five levels. Each level consists of a large open area with four or five objectives to complete in any order, ranging from assassination to collecting certain items and more. These levels also include optional bounty targets to kill, collectibles to pick up, and challenges to complete. It doesn’t sound like a whole lot, but the idea behind these levels is that you go back and replay them to either try new methods of killing or to 100% the levels (also, the game is 30 USD). I really like this style of level design as for it is open to how you want to handle situations while still being contained enough to be designed for replayability. There isn’t as much to do in these levels as, say, a Hitman level, but there are enough challenges and objectives available to make each level take a few hours to complete. Plus, the maps have a few neat features, like the ability to fast travel and the ability to leave a mission at any point and come back to it. Overall, the new level design fits better than the open world design of the last game, as for it gives a reason to go back and play more.

Like I said earlier, this game plays very similarly to Sniper Ghost Warrior 3. The combat is the same, the clunky parkour is the same, the enemy types are mostly the same and are still mostly stupid, the stealth is mostly the same, and so on. I don’t remember every little detail of the third game and how it relates to this one, but I know there are some changes and additions that are worth mentioning. For starters, silencers don’t break, which was a huge annoyance for me in the last game. This game has a new system of purchasing weapons, items, and upgrades that I found to be overall better than before. Instead of hunter vision from the last game, you now have mask mode, which has a wide variety of uses that can be upgraded over time, including the ability to ping enemies and keep them pinged even after leaving the area. To counter some of these items, the game includes towers in certain parts of the map that either block mask functionalities or drones. My favorite new addition, though, is the sniper turret. With this item, you can set targets for your turret to hit, and you choose when you hit them. Taking out groups of enemies with your turret while sniping or sneaking up on a base and letting your turret handle a few of the enemies is a blast to strategize and use. I think it gets spotted too easily, but its pros heavily outweigh its cons, and I think the overall improvements to the gameplay are fresh and fun.

I wish more stealth games had a sniper turret.

In conclusion, Sniper Ghost Warrior Contracts improves upon the last game by changing around the level design for the better and adding in some meaningful gadgets. The biggest hindrance to this game is that is a smaller title, but I understand not wanting to try out this new gameplay style at full price. I think it is a great starting point for future titles to build off of; but even at it stands, it is the best in the series to-date.