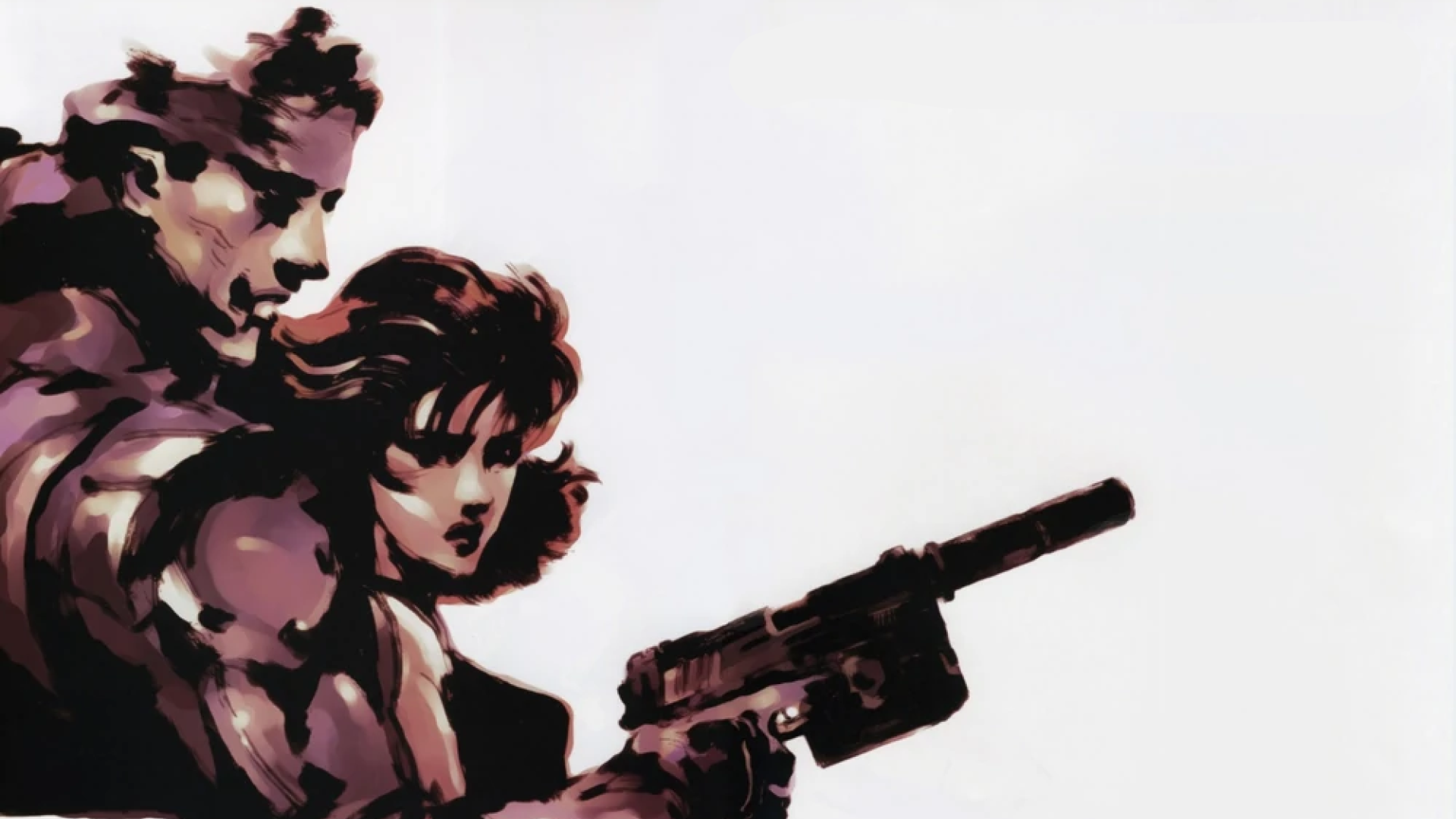 The adventures of Solid Snake continues, this time on a new system and an extra dimension. There is an eight year gap between the release of Metal Gear 2: Solid Snake and Metal Gear Solid, but many consider this to be the true beginnings of the series. As always, you can find the rank itself at the bottom. let’s get into it.

Taking place six years after the fall of Zanzibarland, a new threat has emerged. A special forces unit named FOXHOUND has taken over Shadow Moses, an island near Alaska and the location of a nuclear facility, and they are threatening to hit the United States with a nuclear bomb unless they pay a ransom of $1 billion and Big Boss’s DNA. You play as Solid Snake, sent to Shadow Moses to stop this attack as well as rescue two individuals. Much like his previous adventures, however, things are not as easy as they seem.

The first two games are pretty similar to each other, but this game takes a pretty large step in a new direction. Polygonal 3D graphics, larger and more seamless environments, a much more cinematic form of storytelling, and more can be found here. The previous two games feel like retro games, but this one feels more in-line with a modern title. It’s an evolution for the series, but not all of it lands.

Kojima is known for being a movie man, and you can see that here. The previous games had to tell its story through text, but this game’s story is a much more cinematic experience. Characters now have voices, codec calls now have animated faces, cutscenes litter the game throughout, and more. On top of that, the overall story and characters feel more fleshed out. The villains are characters with backgrounds and complex motives instead of gimmicks portrayed in gameplay. A lot of characters have ulterior motives that you discover through the plot’s many twists and turns, so it’s sometimes hard to tell who is truly your ally or enemy. Characters overall feel more like true characters because they now have voices and more recognizable faces. The game has a slight comedic edge to it with fourth wall breaks and Otacon referencing anime making the game just light hearted enough to keep from taking itself too seriously. It’s a step in the right direction for the series, and I can’t wait to see how the next games in the series follow up on it. 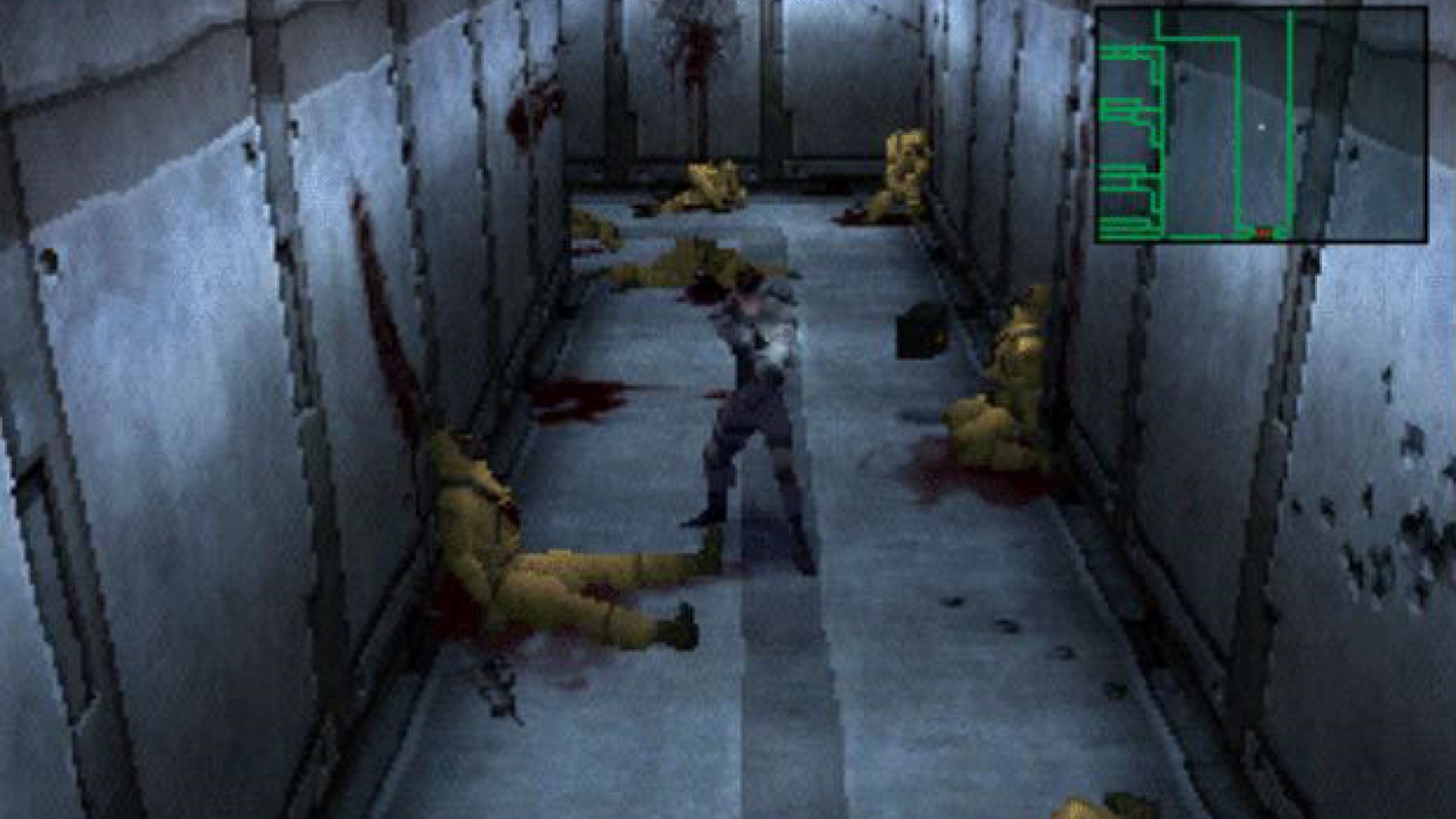 There is always a new mystery and a new twist to keep egging you on.

Not all of it is perfect though. The story tackles themes of government corruption, genome projects, nuclear war, and more, but some of it has the subtlety of a brick, and some of the messaging around these themes can come off as a bit pretentious. Also, while the game does a decent job at trying to keep the story in-check with things like story summaries before loading into the game, some of the twists and the story overall can be a bit hard to follow. Still, I think the story and characters overall feel like a much deeper dive into lore and characters the other games weren’t even able to do.

Much like the story, the gameplay has also evolved to fit the new changes. At its core, the game is still a top-down stealth game with some Metroidvania elements, and there are a few other similar elements like some items being the same between the three games and unique boss fights, but that’s about as far as the similarities go. While I’m fine with the game evolving, I still enjoyed the Metroidvania roots that are still in this game…well, the first half of the game anyway.

The biggest change here is the change from 2D to 3D and from pixel art to a polygonal art style. While the gameplay is still in the top-down perspective, there are a lot of changes around this as a result of the dimensional change. Environments are now in 3D, which itself comes with a heap of changes like more detail, verticality, etc. The biggest change to the environments though is that the maps aren’t segmented into squares, but are instead proper spaces to explore. Another way they play into the immersion of these levels is with the ability to have full 360 degree movement and the ability to go into a first-person view. The first person view is great for getting a proper look into the environments beyond the screen borders, and the ability to lean helps with spotting enemies coming down hallways. The changes to perspective and environments are welcoming, giving a more modern sense to the series. 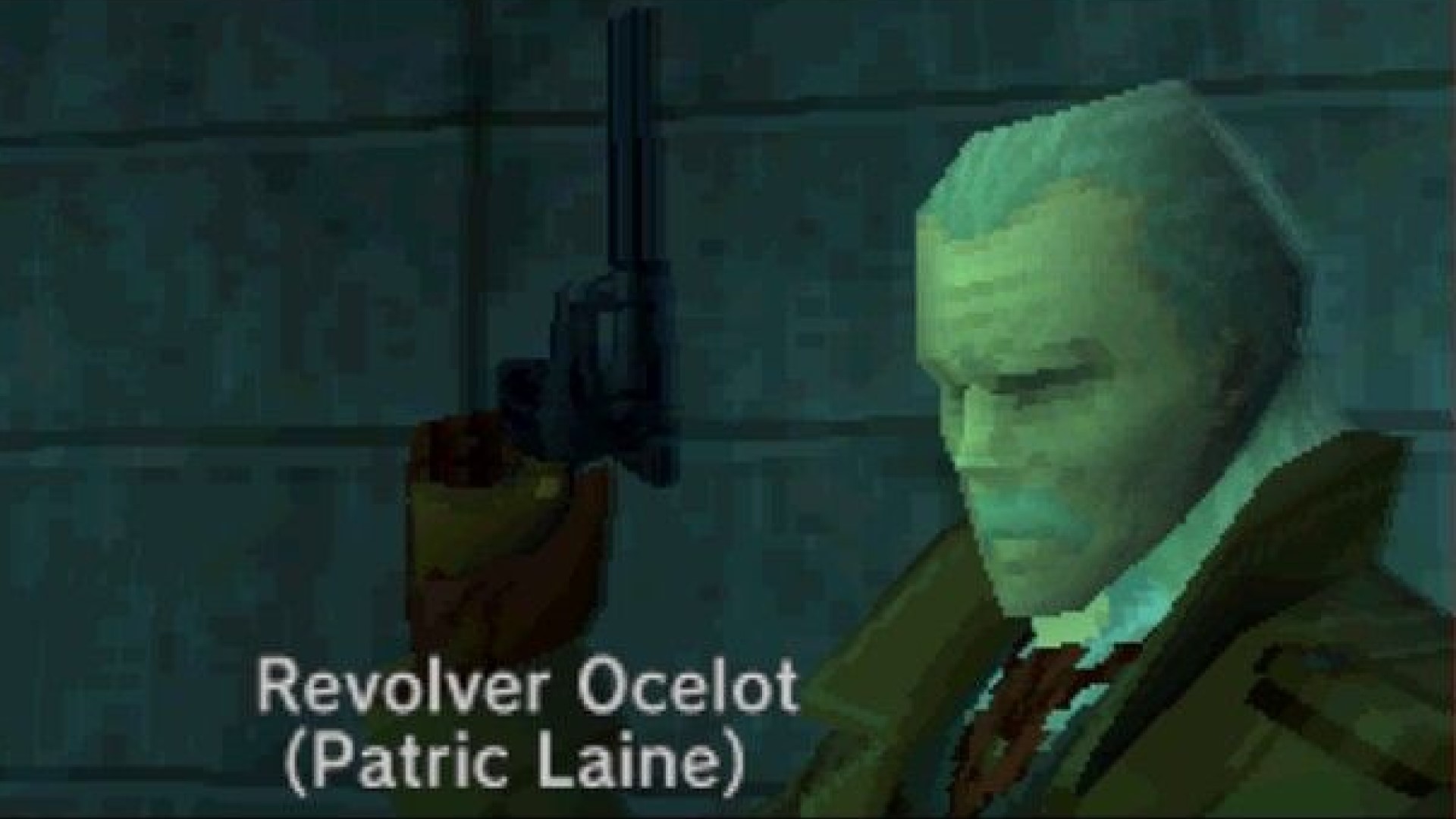 The faces in-game aren’t quite there, but it gets the job done at really giving an identity to a character.

360 degree movement and verticality doesn’t just affect the looks of the environment though. Combat and stealth have evolved as well, though with a few hiccups. Combat still isn’t great, but it’s a lot better than last game. The silenced pistol is now the de-facto way of dispatching enemies thanks to its ability to lock onto enemies. Melee, on the other hand, is practically useless, as it takes a lot of hits to knock out enemies. There are multiple melee abilities including the ability to choke enemies out, but the interaction window on choking out is tiny, and it’s a lot easier to just shoot enemies. Speaking of shooting, using the game’s automatic weapon isn’t so great either, as you have to essentially aim at enemies while shooting. While I would normally ignore this weapon and instead focus on the pistol, there are a few combat encounters where that isn’t the case, so trying to use it in those situations sucked.

Just like the previous games, the boss fights are a blast, with each bringing something new to the table. The most notable fight is Psycho Mantis, who requires you to change the controller from player one to player two and forces you to deal with Meryl in the middle of the fight. Also just like the previous games, a fair amount of the items make a return here, with a few new additions. The new Chaff grenade is the notable highlight, disabling various electronics which helped in numerous occasions including boss fights. One big improvement to the gear is with keycards, as all of them are combined into one and you don’t even need to pull out the card to enter the door. I don’t know why it took this long to get to this point, but at least it’s there now.

A lot of these gadgets are in service of the combat, but they are also in service of stealth as well. The stealth in this game is pretty similar, but there are notable improvements. Audio queues are better hidden in the environment with things like puddles setting off enemies instead of “squeaky sand.” You can press up against walls, and it will change the camera angle to help get a better view of your surroundings. You can also knock on the walls while pressed up against it, attracting guards to your location. If you are running around in the snow, enemies can detect your footprints. Just like the last game, you go into evasion mode when caught in which you have to either kill the guards or run away and hide to get out of it. The only place where the stealth really falters is with crawling, as crawling under tanks or in vents to hide will put you into first person mode and will disable your mini-map. This made it a lot harder to know where enemies are and where they are looking, which is something that is portrayed in the mini-map and can be easily seen in the top-down perspective. Overall, the stealth and combat are a big step up for the series, though I can see a few places for improvement. 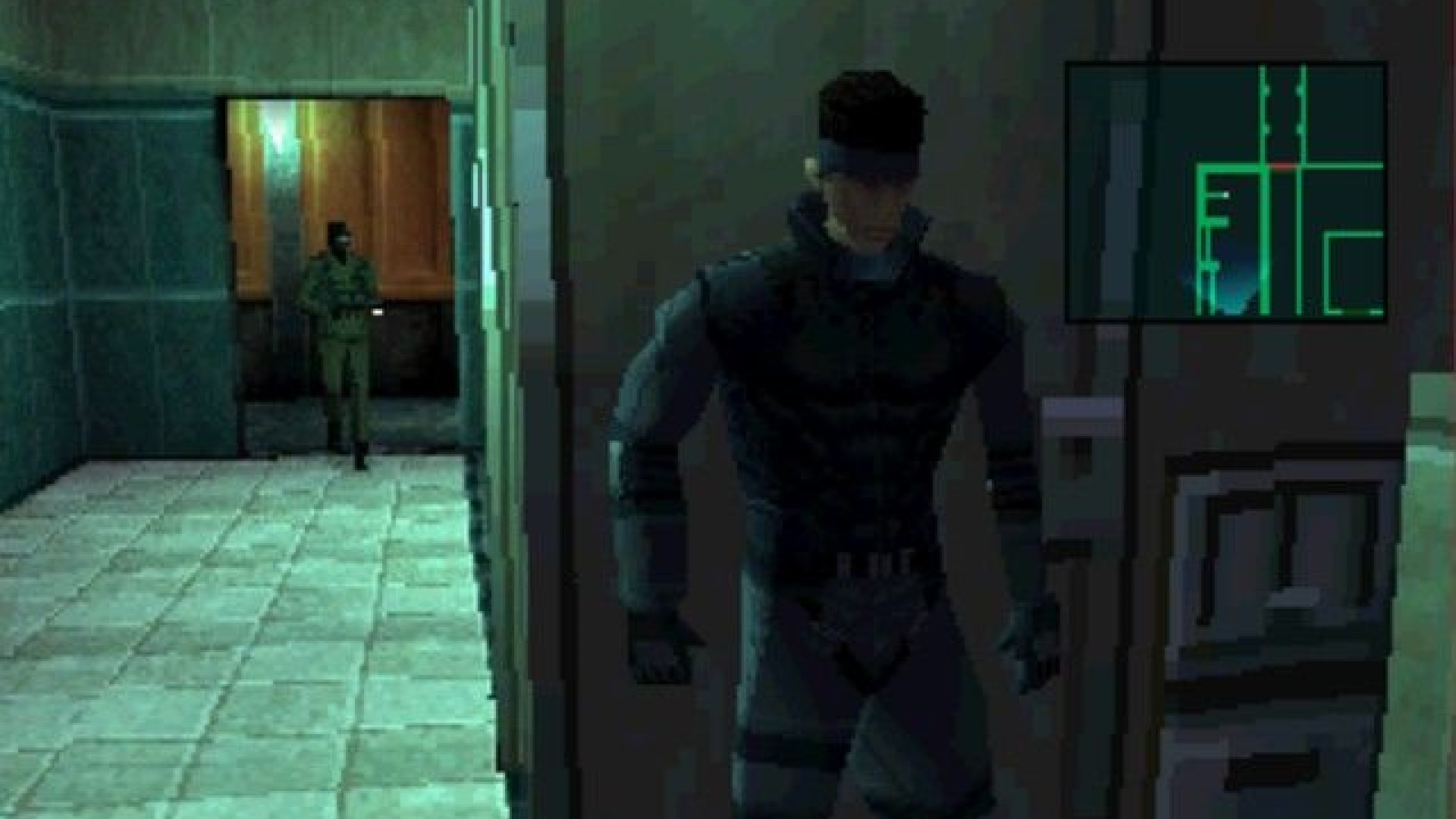 This game does a great job at really showing off the environments wherever it could.

I alluded to it earlier that this game can be broken up into two parts. It’s a pretty easy distinction, considering the game is broken up by two discs. A lot of the fun I had with this game was on the first disc. The second disc, however, is where the game falls apart for me. The first half of this game is the Metroidvania stealth game I have come to love, but the second half is much more linear. While I’m not opposed to the game being linear, I found a lot of the levels in this half to be incredibly frustrating. The torture room sequence was annoying because of how many times I had to do the button mashing minigame. A staircase segment where guards constantly spawn above and below you was frustrating because it was a loud segment, which is where the combat doesn’t work so well. There is one moment where four guys in invisible suits attack you on an elevator that was super annoying to deal with for similar reasons as the staircase fight, and the game even duplicates this elevator fight later on. There is one part where you are rappelling down a building and getting shot at that was super annoying, though I was lucky enough to get through that on my first try. Even the escape sequence can be a bit frustrating. In the second half, I found the boss fights to be the brief rests of frustration from the rest of the game, and I think the second half weighs down pretty heavily on my overall experience

In conclusion, Metal Gear Solid is a great evolution for the series, but one that fumbles the second half. It feels like the true starting point for Snake’s adventure in terms of its story and gameplay, and I had a lot of fun experiencing all of that. A lot of my positivity for the game, however, resides in the first half of the game, and I think the second half pushes the combat and gameplay to a breaking point that I found very frustrating. I think this game is incredibly important and I can see why it was so revolutionary for its time, but I don’t think I enjoyed by overall time with the game as much as Metal Gear 2. Because of that, I’m going to put this game underneath Metal Gear 2: Solid Snake in the second position.