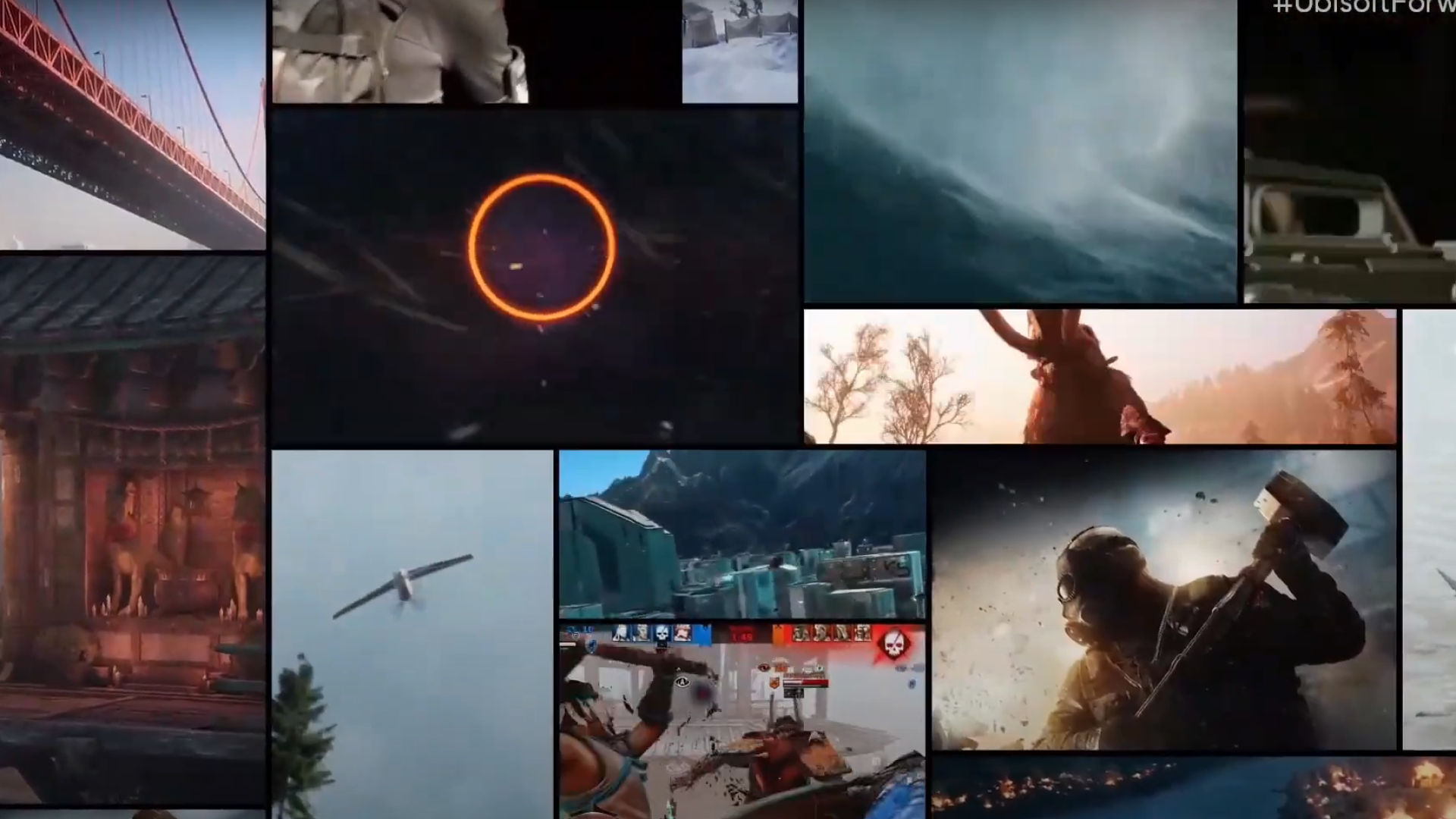 It maybe July, but that doesn’t mean the “E3” fun stops. On July 11th, Devolver had another one of their…unusual Directs, and Ubisoft had their showcase on the 12th. So, for what is likely my last E3 2020 blog, here are my thoughts on the two.

Ubisoft’s event was the one that interested the most this year, as for there were some announcements last year that were ready to be shown in greater detail. Unfortunately, that didn’t really happen, as for the amount of the games were lacking. They did announce another event in the near future, but I was still hoping for more at this one. Where’s Gods and Monsters? Where’s Rainbow Six Quarantine? Where’s Roller Champions? I was also hoping for something Splinter Cell (other than the mobile game), but I wasn’t surprised there wasn’t anything there. Still, they had a few noteworthy titles, so here are my highlights.

I’m still excited for this one. This showing had a snazzy trailer and some gameplay, but I don’t think any of the gameplay showed off anything new. There is now a new release date (hopefully a permanent one), and we’ll have to see what is to come of this game then.

I’m still cautiously optimistic with this game, but its gameplay deep-dive looked promising. I like the setting, new enemy types, classic stealth mechanics like blending into the crowd, large-scale sieges, and town building, but I am still worried about whether this game improved upon the bad elements of Odyssey in a meaningful way. I’m still excited to see what is to come though. 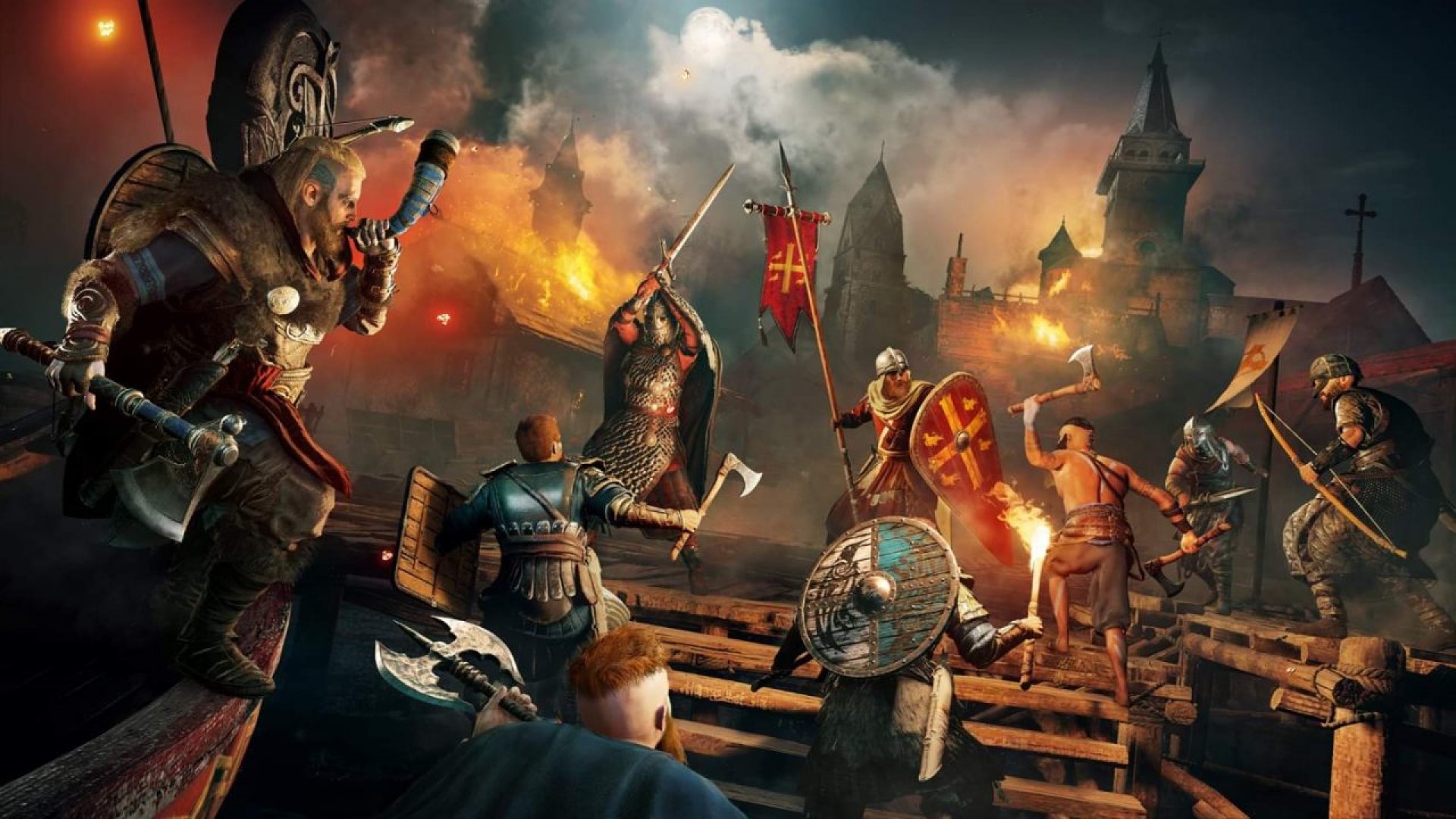 The only new major announcement to come out of this show (if you don’t count the leak) was a new Far Cry game. I’m a big fan of Far Cry, but I hope to see a greater change to their gameplay. I think the new villain, setting, and Narcos style looked great, and I can’t wait to see some gameplay in the near future.

For those who are unaware, Devolver has been doing their own little show for a few years now. Starting in E3 2017, Devolver’s shows are an…interesting blend of storytelling, satirization of the industry, and a few game announcements. This year’s show was no different, continuing the strange story of Nina and topping it off with a few announcements.

Personally, I don’t find their whole “storyline satirization” shtick funny anymore. It was unique and pretty funny the first time around, but it now feels like a joke they keep dragging on. This time around, they made fun of the idea that people want the announcements of games more than the games themselves while still sticking to their brand awareness guns. It’s the type of humor I would’ve laughed at a few years ago, but it now feels old and overdone. The only thing that really surprised me in terms of their whole story thing were the guests they had on, including Shuhei Yoshida, Phil Spencer, and even Bennett Foddy. Still, I wish they would either change things up or drop it altogether. I appreciate the fact that they are doing something different, and I get doing it because they only have so many games to announce, but I don’t think this “thing” they have going is working anymore.

On the other side of things are the game announcements. Devolver is an indie publishing studio, so their shows don’t have as many announcements as, say, an Xbox press conference. Despite the lack in quantity, I usually find a lot of their games interesting, so here are my highlights of the show.

I am a fan of the reboot Shadow Warriors series, and I wouldn’t mind returning to it. My biggest concern for this game is that it looked like they are chasing after trends with its fast-paced parkour combat, but I enjoy playing that type of game, so it isn’t too much of a concern. Plus, I liked its vibrant settings as well as the game’s interesting weaponry and enemies.

This game has held my interest since last year’s E3, and this year is no different. The concept of Wipeout battle royale seems like one that’s been there for the taking, but here we are. I love the look of the game, and I think its various mini-games look like a lot of fun. Plus, its release is just around the corner.

Another game shown in previous events but is now just around the corner was Carrion. I think the idea of a game where you play as the creature is neat, and I think the game’s movement and abilities look fun.

At the very end of the show, they announced an interactive experience/game called Devolverland Expo, which is a free first-person simulator/shooter set in a fake Devolver show floor. I don’t really care about the shooter-robot side of this thing, but I love the idea of an interactive show floor. I would love to see the ESA make a giant interactive E3 show floor, and I think this experience is a good start. 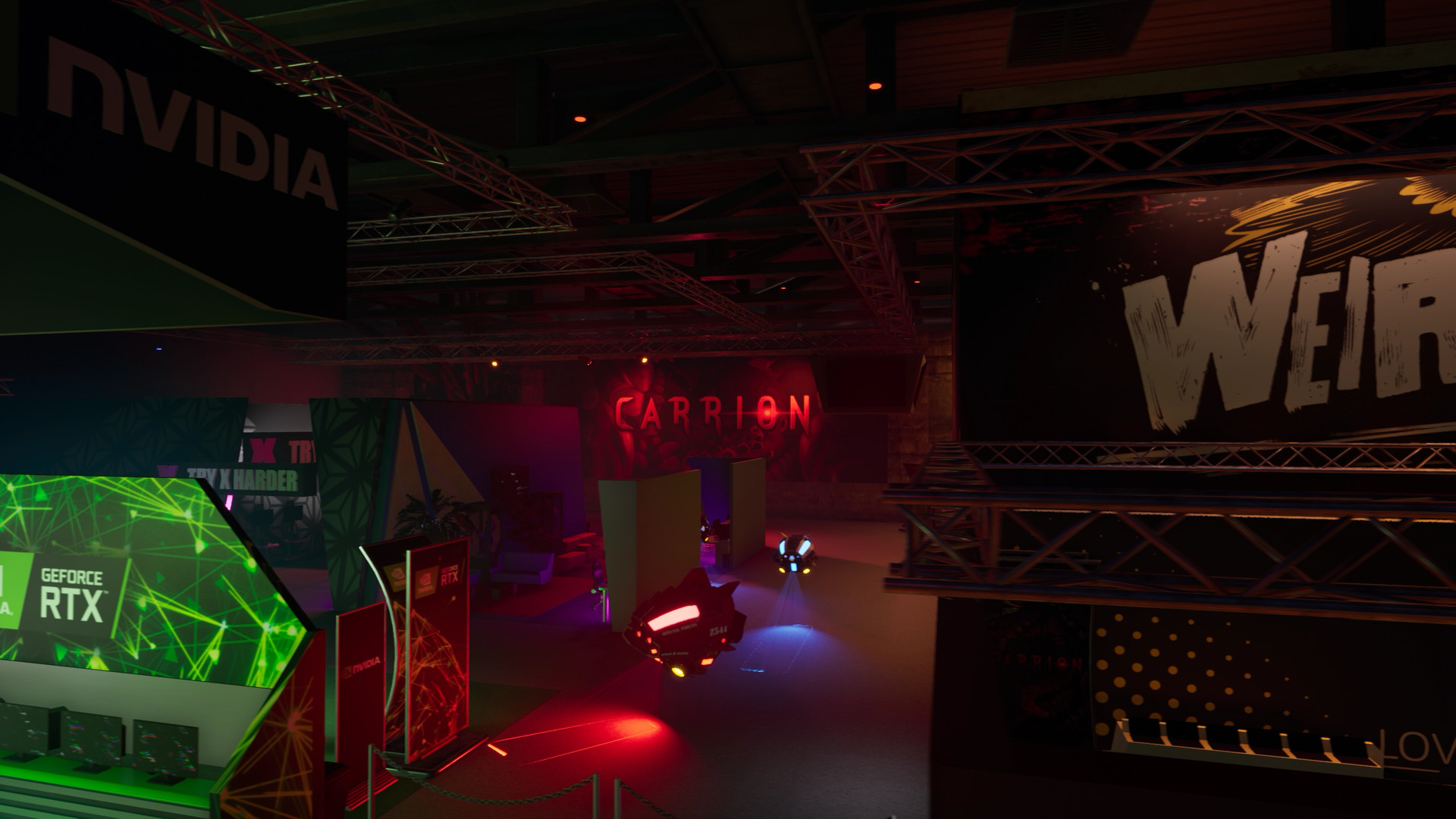 That is going to wrap my E3 2020 coverage. Thank you for reading, and let’s hope for better circumstances next year.