Shoot the Breeze: Now With Hovercars 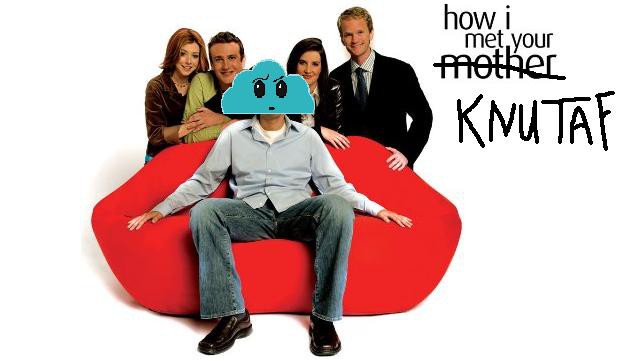 If I can try to provide you with the warning I feel you're due, the following may dance between the mundane and the frivolous and will, in all likelihood, be a trite batch of words, but dammit, it needs to be written.

So, y'all know Knutaf? He's that intelligent kid who has a thing for that game with the V's and traipses Super Meat Boy with the shocking grace of a tightrope walker who is also a Power Ranger. Or something. Woah, see, that's the sort of analogy I try to edit into something workable, but the clock is my co-editor today and insists I leave it in.

Anyway, Knutters (as I'll try not to call him) was up here in Canadia with his special lady to see the majestic sights of the city I call my birthplace. We have a mountain. Just sayin'. While here, he took it into his head to call out to his favourite Vancouver-inhabiting Dtoiders. And then, when he couldn't reach Om Nom, he decided to come and knock on my door.

Holy cow. I know it doesn't sound impressive laid out like that, but my heart swelled opening that door. It was like Optimus Prime, Barney, and Jonathon Holmes had teamed up to fight back the phantoms of my waking life and eat sundaes with me. I was suddenly lifted to heaven where I spent the rest of the afternoon. Or maybe we made small talk and played Halo. Either way, it was pretty neat.

It's in my nature to say nice things about people, but don't let that dilute the praise I have for our fair Knuttie (as I'd dream to call him). He's a warm, intelligent, and charming man who is not only a treat to listen to, but can take the sight of my shirtless brother and his panther-esque chest of hair with nary a batted eye. It was a delight without par to meet him and his equally heart-bolstering wife and, as I believe my inadequate parting line may have been, he truly exceeded my expectations.

I say all this not just to stroke the ego of my errant house guest, but to illustrate with all the power at my disposal that the people in our quaint little community are a fantastic bunch. You know the sweet, tangy burst of the season's first strawberries? That, without end, if the spirit of you fine guys and dolls. I wish I could do more for you. I wish I could properly explain with clarity of the unfettered soul how special you, each of you and all of you, really are. And it pains me that all I'll ever have are these clumsy words. Well, so be it. I love you.

Also, Knut met my parents. That's like skipping two dates in the relationship. Golden.
#Community    #Rants
Login to vote this up!