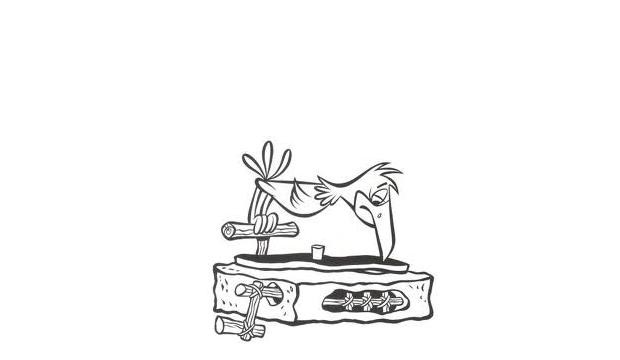 Thundercats, complete with mildly offensive but totally bodacious maiden warriors. Good Saturday night. By the way, is the Thundercats� treatment of the mutants thinly veiled racism or is that just me?

Also, commando team of sharkticons. God damn do I love these cartoons. You know in the movies when the hero reaches inside himself to find the strength and courage to save the day? That�s why the fate of the world could never be put in my hands. When I search inside me, all I is find Transformers and guys named Snowjob.

Alright, just a few points of order before we wrap up. And the first is going to make me out to be a real dick, so hold on tight. Not, to, uh, me, obviously. That'd be uncomfortable for everyone, especially with the dickishness. But, I mean, if you�re the kind of fella who likes holding on to � well, who�m I to judge, right?

A few days ago, the community got rocked by a certain Sonic-loving fox. Now, that sort of thing happens, and on the whole, whatevs, but I�ve got a few words weighing me down. While the response was not without its charm � who doesn�t believe in Occams? � it left me much embittered.

Look, I internet here because the folks have got a, I don�t know, a decency to �em, and reading through the comments on those blogs, I saw none of that. The minute you scream, �GTFO,� you lose what makes you special. I�m not your mom, it�s not my place to tell you what to do, but whenever you pound something out on that keyboard of yours, I�d encourage you to take a look at it and decide whether it�s something you really want to say.

I don�t know, what I saw there, that loss of something � dignity, maybe � it hurt. I�m not mad or any such thing, just disappointed. But anyway, that�s all I�ve got to say there.

Besides which, in a week, the goldfish brain in my indelicately shaped skull won�t remember a bit of this.

Hey, before we move on, can anybody explain why Sonic became the furry (ahtnropomorphophile?) messiah? Why not, like, Crash Bandicoot or Jazz Jackrabbit? Man, I�d get it on with Jazz Jackrabbit. I�d do it for the carrot euphemisms alone.

So, the good news. I think we�re going on hiatus for a couple weeks, at least as far as this laughable Shoot the Breeze dance goes. Between Christmas and starting the next term, I got stuff to get done. Still, kind of hoping to put out a monthly musing or a holiday blog or something. Anyway, just a heads up there.

Try not to miss me, baby.
#Community    #Rants
Login to vote this up!