6:57 AM on 06.01.2018 (server time)    0
One genre that’s arguably has never been over saturated by high quality games has been the economic sim or tycoon game. Whilst there certainly are great games in this genre, they are often far and few between. In the 80's and 90's, when the world was going through lots of booms (and busts), so it made sense for game developers to take inspiration from the world around them and create a large library of stock market simulators, real estate tycoon games, and games that let you play the role of a Texan oil baron. 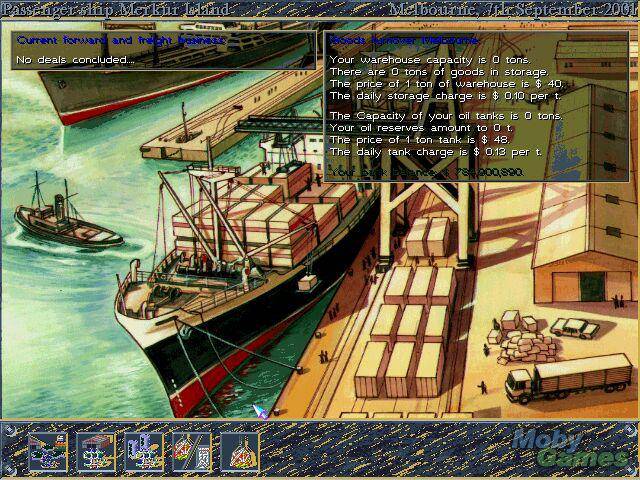 But one niche type economic sim from the 90's has particularly kept me playing time and time again. The merchant shipping game. These titles let you travel the world’s seas and oceans, selling all varieties of products to try and turn a profit. Notable titles from the old era are Ports of Call, High Seas Trader and my personal favourite Ocean Trader. Ocean Trader is a game released in 1996 by Software 2000, a now closed indie studio set up by two German brothers, but which today makes up part of that grey area called “abandonware”. The game reels you in straight away with its catchy theme tune, and charming starting screen. You play one of four competing companies, starting with just a small bulk goods carrier and tramping around the high seas in search of commodities that will give you a good margin. You have to take into account your fuel, the speed at which your ship travels and the costs of berthing and unloading your cargo. Seems pretty straight forward, but what really makes this game exciting is the sheer number of different ports and product you can call to and trade. From tobacco and coffee - always profitable when sold to London, Amsterdam or New York - to energy commodities such as coal and crude oil. When you are really swimming in the money, you can ask the shipbroker to custom build you a passenger cruise liner of your own design, or any other type of vessel, that will get delivered to your home port once it’s complete. There’s also a second hand market with some good bargains, but buyer beware… Some of those ships are being sold cheap for a reason! Each type of product you can trade falls under a specific class of vessel which dictates what you can and can’t carry. Your refrigerated container ship will move all your salmon from Norway to your export markets, but it will never be able to load up any crude oil. The prices of commodities in ports also varies, and changes with the supply and demand of the region too, so you have to be careful about how much of one product you unload in any given port, least you create a glut in the market and make prices drop rapidly. 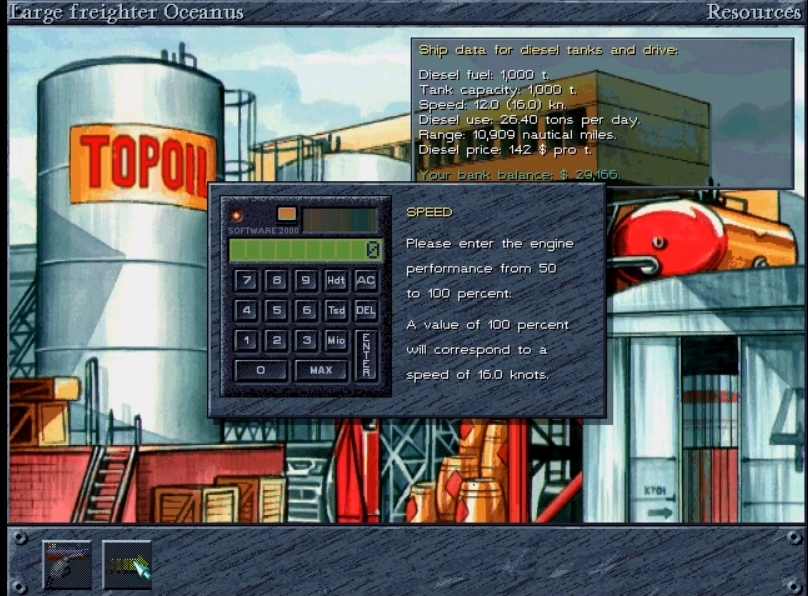 But once you figure out which routes make you the most profit it can become a little tedious… That’s where the typhoons, U.N embargoes, dock workers strikes, ship collisions and host of other random events play their part to give the game extra legs when it feels a little stale. There’s nothing like your $250m super tanker fully loaded with every last drop of crude oil you can afford on it’s way to Tokyo, when suddenly you collide with another vessel, and all is lost. Not only is your company destroyed, but it can be a bit of a ‘RQ’ moment… What did I learn from that and similar experiences? The value of insurance. So many times I’ve had disasters at sea near wipe my company out, but the insurance broker (who I pay premiums to every month) offers me another life line. 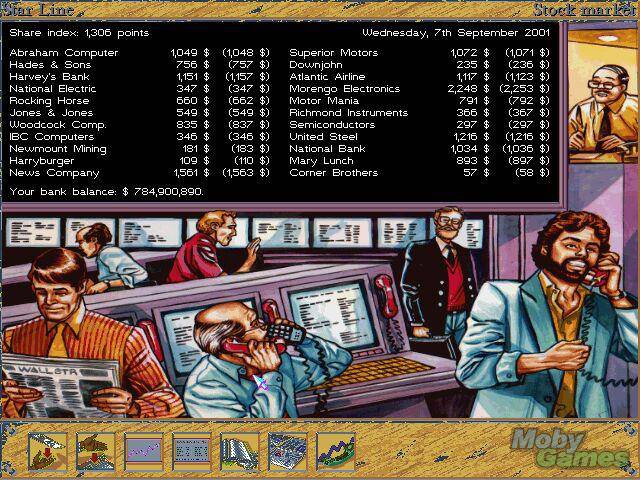 His friend, the stockbroker, also calls in time to time to give you some insider information on what stocks are hot and what stocks are not. You can make decent profits playing the stock market, or even leaving idle cash in the bank to accrue some interest. It’s always worthwhile to keep something in the bank because sometimes, the random goddess of the ocean will want to ruin your life for her own amusement. Ocean Trader is an old gem that is fun to play, and offers a lot of 90’s charm that can be nostalgic for some. The depth of the game is pretty good, and for all its simplicity the game is considerably more entertaining than you may suspect at first. If you want to play the game click here. You can download the files to play on your own DOSBox, or play via the web application. Also check out this comprehensive guide here - it's well written and covers almost everything the game has to offer! Originally posted on www.g4m3r.net

I love playing games and have from as early as I remember.

Really big fan of 80s and 90s games, and always favour a game's play-ability over it's graphics!