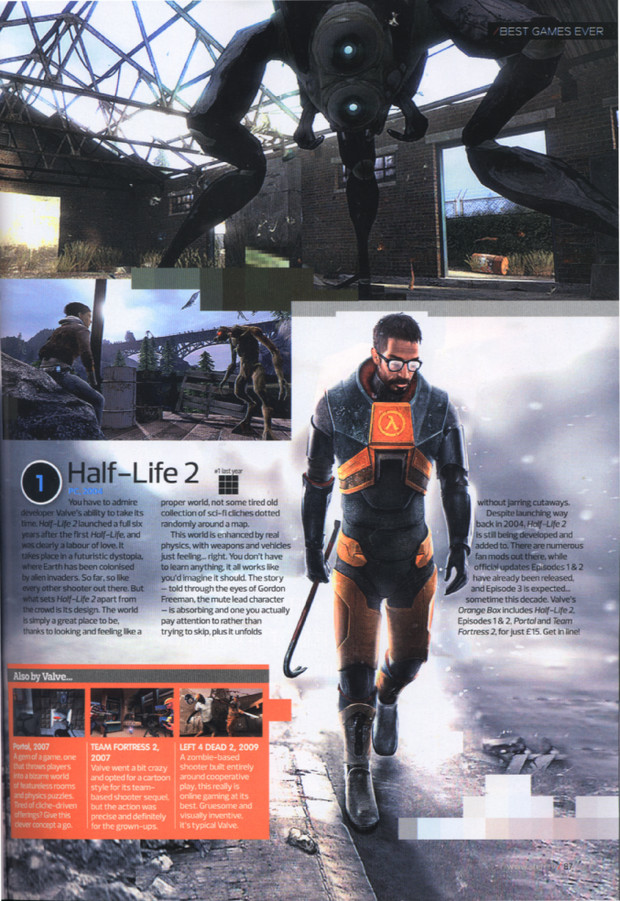 This list seems pretty good, thankfully. Certain decisions, like Sensible World of Soccer's inclusion ahead of the more recent FIFA and Pro Evolution series, as well as Beatles Rock Band over any of the Guitar Hero games, get reasons to go along with them. Final Fantasy VII's inclusion is, once again, mostly down to Europe having been passed over for the sixth game in the series until the Playstation generation. Red Dead Redemption stands above the highest-placed GTA game and... well, there really isn't that much to complain about. I guess that's the advantage of picking only twenty games for the list.

So, is there anything about the list that you take issue with? Is Flight Control really that good? Feel free to comment below. And remember; don't let your girlfriend take a photo of herself with some day-glo Fisher Price laser blaster. She'll just look stupid and your boner will disappear.
#Community
Login to vote this up!