Writing on the Wall: How Graffiti Builds Universes 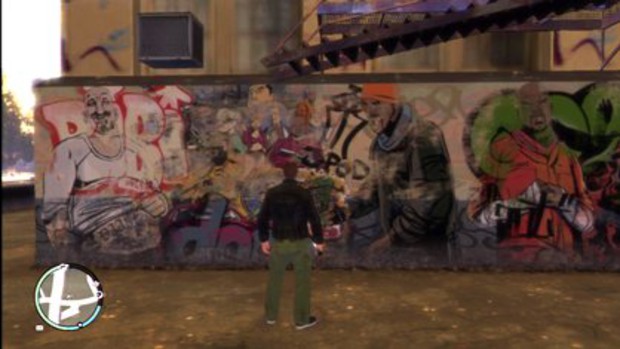 When the story starts expanding like this, imagining what�s happened and will happen outside what the player can see and interact with, we start to see something bigger take shape. A universe. We get a sense of events acting independently of the player, and that said hero or heroine is part of them rather than an aimless figure stumbling into pre-programmed triggers. Most importantly, we begin to understand that the protagonist we spur onward is not alone. Comrades exist or have existed. There�s something bigger than the hero. Graffiti isn�t just a goofy environmental flare or designer quirk. Because it�s not the short messages or cryptic pictures themselves that are interesting, but that their existence indicates a drive from the writers to go beyond just writing a story and instead construct an entire world.
#Community
Login to vote this up!