Alternative reality: In a land of videogame violence

7:05 PM on 07.03.2010 (server time)    0
For longest time I have been thinking about writing in Destructoids community blogs and doing some Monthly musings but I never before actually got around doing this. When I read about this months topic I first thought that it seemed stupid, then I thought about it a bit and desisted to take it as a challenge and write about it, even though I initially had no idea what could I talk about. Enough of meta for now, let's go and dive to the subject at hand.

So we all know that there is violence in videogames, not in every game but in many of them. There is all kinds of violence, cartoony and over the top, realistic and gritty, there's war, murder and torture. And I don't have problem with that. When I shoot a bunch of pixels that look like a man with pixels that look like gun and bullets I don't feel that I'm killing or hurting anyone, enemies are just bits in the program. In real life I could never do the things I do in videogames, I'm basically a pacifist, I don't like the thought of hurting other person and not to even talk about possibility to kill someone. 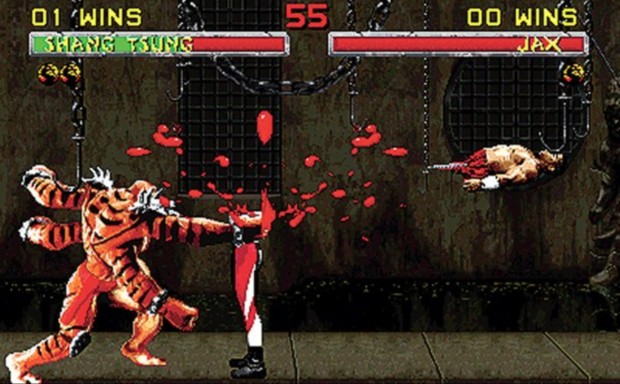 So, in the beginning I said that I didn't like this months musing topic, remember? One of the reasons was that I didn't really get how I could get there something else than just alternative reality fanfiction. Little written fiction might be nice, but I like my blogs to have some point, maybe something to think about, so let's get away from my fantasy land (it's not a nice place to stay for long) and analyze it a bit.

In one way of thinking the fictional scenarios I described could be the final form of video game realism. Games have tried for long be more and more realistic and all this new stuff that is coming out, motion control and 3D, it's partially there to make games more realistic. So think about as realistic as possible videogame violence, it would be like a real thing, but you couldn't get hurt and you don't actually hurt anybody. I don't think that I would really enjoy that kind of overly realistic violence in my games. At the beginning of the article I said that I have had no problems with violence in videogames, but I think that videogames have stayed still quite far of realism and that is fine for me.

I don't want to wait for the day when I'm able to swing down my [controller of future] and feel it to connect with the head of my enemy. Maybe that future won't come, maybe it will, but it's not for me.
#Community    #OpinionEditorial
Login to vote this up!

Finnish student and a gamer since the 8-bit days of childhood.

Lover of retro, but also appreciates the appeal of newer games.