Fistfights in the Conservatory

3:23 PM on 05.26.2011 (server time)    0
I’m just going to keep punching you in the face until I win. Failing that, you’re going to get shot in the stomach. It’s nothing personal, that’s just how we do things around here. Okay, we can talk a little first, maybe even negotiate a peaceful solution. Then I’m going to punch you in the face.

You might have noticed that there’s a lot of violence in video games.

I’m not referring to the usual macho bloodfests which come up in these discussions - the Gears of Duty: Call War Splatterhouse Electric Chainsaw Boogaloo Bullet Edition type of game that appeals to the repressed, psychotic 12 year old boy in all of us - because we all know those are stupid. They’re over the top and way too violent and that’s why they exist - so people can do stupid, violent and anti-social things they normally aren’t allowed to (or don’t want to) do. I’m not opening that can of veiny man-worms. No. This is about misplaced violence. Sometimes you’re happily playing a game - running, or building, or talking to NPCs - when suddenly you’re fighting. Fighting for your life. Fighting because someone didn’t like your shirt. Fighting to get from A to B. And it feels weird, because just a moment ago you were playing a game about dispelling political tension in a medieval city-state. Or maybe it’s much worse. Maybe you didn’t even notice, because you’re so used to every game kicking and punching that you just expect it now, to hell with context. 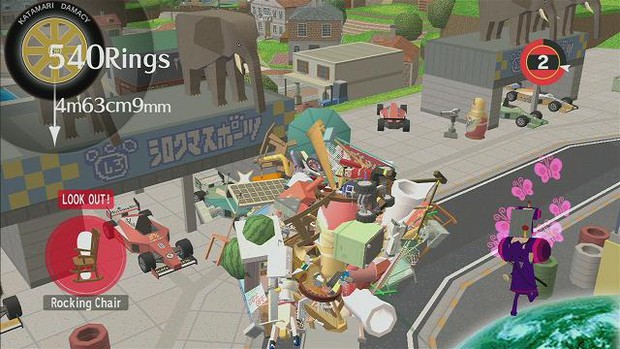 My name is Andy, and I've been gaming since I was a very small boy. But I'm much taller now. Currently living in Wellington, New Zealand, which is like living inside a very culturally diverse tornado. Married to a girl named Rachel who stabs and bites me a lot.

I have a PlayStation 3, Xbox 360, Wii and Playstation 2. When on the move, or in bed, I also have a DSlite. In the past I have fondled a NES, Genesis (okay, I played with my cousin's), Atari 2600 and PSX. Video games have been a major part of my life forever, but now I also write professionally about them. Also unprofessionally. I love to talk games and play games. LOVE ME.

Dead Geek Circus
My official website wherein I blog about stuff that isn't (always) related to video games, such as reviews of television and movies, yelling about life and mentioning cool shite. It also contains - theoretically - my webcomics and other junk.

TWITTAZ
Twitter. I say things on it that would blow your mind bombs.