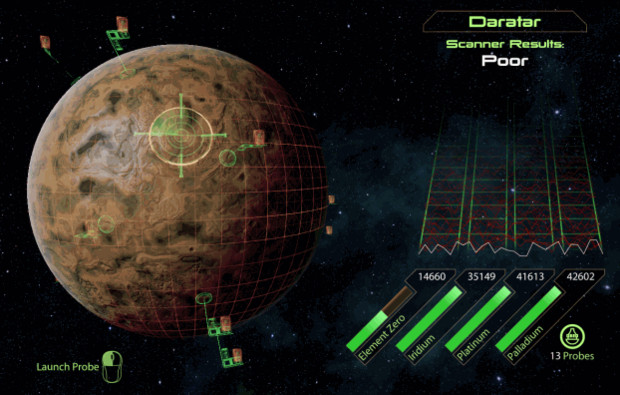 Admittedly, for all the unrequited love I have for the original Mass Effect as well as its sequel, I’ve found myself going back to the mining, similar to my constant need to explore planets in the predecessor title. Simply enough, one scans a planet to determine where the most of a particular raw material are, launches a probe into the vicinity, acquires minerals and repeats. I can’t ever seem to acquire or use enough probes to make me want to move on with the rest of the story, which I have a feeling is pretty good, if I ever get to it.

All the same, perhaps in my love for mini-games, be they great, good or simply mediocre, there is an appreciation for the little things, which in the face of ever-realistic graphics, sprawling worlds and more players crammed into an environment, that admiration of detail is all the more important. Looking back on that road trip, sitting in the car, breathing stale air conditioning and intent on winning everything I could, as often as I could in the Trendy Game, I was imbued with a sense to stop and smell the proverbial roses for a moment, anchoring myself against the torrential push to beat a game and move on. Either way, I can only imagine what the next addiction will be.
#Community
Login to vote this up!