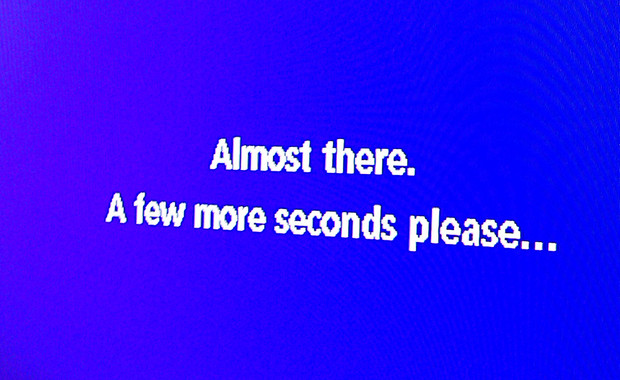 Yes, I'm using a football-related quote for my PAX East blog. But, at plenty of people have said in the past, it's extremely difficult to put your first PAX experience into words. At the same time, this was my first gaming event at all, and my first time attending something as "press." Essentially, this trip encapsulated everything that I am striving for in my life. So, yes, I hope you can excuse me if I must rely a bit on someone else's words.

But the end result of this trip is that I am left with clear eyes and a very full heart. I've never been so satisfied with a decision as I am to have traveled from the Southwest to the Northeast for four days of debauchery and JASON.

I joined Destructoid somewhere around this time last year, posting my first c-blog on the final day of April. Since then, I've come to understand that the joining of Destructoid is not a moment to take lightly. Those moments in which your fingers fly across the keyboard don't represent the creation of an account. Even saying that it's the joining of a community doesn't cover it. It's an opportunity. It's a doorway. It's a beginning.

For me, it has been a journey that, nearly a year later, seems to have been leading me toward a world that I dreamed about as a child, responding to printed documents in middle school asking me what I wanted to be when I grew up. When I was being serious, I would sometimes respond "radiologist" or "anesthesiologist." When I was being silly, I would say "I want to work with videogames." I kept this dream to myself for years, feeling embarrassed when I thought my friends or family might find out. I read GamePro, EGM, Nintendo Power, and so on, and I secretly wondered what it would be like to be surrounded by these sorts of people, those who were unashamed to admit that they loved videogames, and had every intention of structuring their lives to include them.

Registering on Destructoid was essentially the beginning of my journey toward the conclusion that, yes, I am justified in structuring my life in such a way, and I am unashamed. I "worked" at this convention they call PAX, finding myself in booths, hotel rooms, and press rooms, all the while doing what some might call work. Coming from two and a half years at the very definition of a dead end job, it felt like a life that belonged to someone else. It's a life that essentially began and ended at PAX, but for this brief, syncopated (to steal a word from Sentry) moment, I felt a sense of enhanced vision. I saw an entire world that I had only dreamed existed, and best of all, I got to participate in it. And I don't care how small a part of it I was, or how silly others think it may be: it was fucking fantastic.

But while I played and wrote by day, I filled my heart with memories by night. I got an early start on Thursday by meeting up with Danl Haas on the plane, and ending in near silence on a bus with Hamza. In fact, in that final bus ride, Hamza commented that we were both very quiet. On that Monday morning, my heart had truly been filled to capacity, and my mood had fully shifted to a sort of melancholic reflection. As we went our separate ways and I was essentially alone for the first time in four days, I felt far sadder than I had anticipated. With a Dunkin' Donuts coffee in one hand and my laptop on my lap, I sat in the near-empty terminal thinking of everything that hadn't quite fit into my girly purple wheelie bag or brown messenger bag.

I hadn't been able to fit all of the wonderful friendships that I immediately made, both among those who I have been talking to nearly daily since I joined the site, to those I had never spoken to before. No, they would have required far more than Southwest's comparatively liberal baggage allowance. Names innumerable, all tied for the first time to a living, breathing face. Bodies I embraced at first sight without the slightest hesitation.

I hadn't included the beautiful streets we walked together, the songs we sang, the JASONs we screamed, the beers we drank, the dicks we drew on Pictochat, and the really bad (and sometimes very good) food we ate.

So, what is the ultimate sum of this experience? I don't know that I can even guess at that yet. I know I have left Boston with quite a few more friends, and not just in the "I met you once and then added you on Facebook" brand of friend. I know that the experience is a marker on the correct path for me, one that I hope fate will allow me to tread again very soon.

You truly can't lose being a part of this community.

Does it get better than this? Oh, hell, I don't think it does. Soak it in.

I like talking to Dtoid people, so please add me on your favorite social networking site: