My Games Of The Year

10:44 AM on 12.28.2010 (server time)    0
So 2010 has almost passed, which is a relief. It�s been a year of highs (going to PAX in September and meeting my Dtoid buddies for the first time and having an awesome time) to agonising lows (upheaval in my personal life). As such, gaming took a bit of a backseat for a large portion of the year. I did play and complete enough games to form a top 5 list, but a significant portion of the year was spent finishing games from 2009 that I never managed to finish off (hello Borderlands and Torchlight). This will probably be the case for 2011, as I bought a bunch of big games on Steam (Mafia 2, Fallout: New Vegas and Dead Rising 2) only to find myself without a PC at the end of the year.

So, anyway, here�s my list of my top 4 games of the 2010. Yes, that�s not a lot, but I�m only putting something down here if I completed it and really enjoyed it. If there�s some obvious, glaring omission from the list, then assume I haven�t played it, because I probably haven�t.

Enslaved: Odyssey To The West 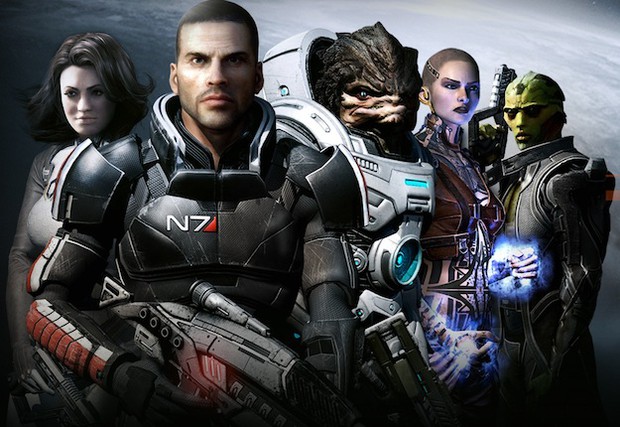 Mass Effect was a game I really enjoyed despite it�s flaws. After a few playthroughs, I though �I don�t see what Bioware can do to make this better,� but it was only after playing Mass Effect 2 that I saw the first game�s flaws. The Mako? An unnecessary hassle. The RPG component? Unwieldy at best and seemingly having no impact on the gameplay. Inventory? Endlessly cluttered with a variety of guns, ammo and mods that were never used and just sold. Mass Effect 2 stripped all that away and focused on the reason I play a shooter/RPG hybrid; the mechanics and the story.

Mass Effect 2�s improvements are obvious from the first sequence; this is a game where characters can and will die under your command. The choice you have to make in the original Mass Effect was pushed on you and you were unable to do anything about the circumstances. Mass Effect 2 gave you more characters to manage but a feeling of genuine control over their outcome. The crew you would eventually recruit was larger than the first game and much more interesting; Mordin the Salarian scientist was the most interesting with his special forces background and his passion for musicals. Legion, the rogue Geth was a highlight too especially as he helped make the Geth more than just robotic bad guys.

The function to import your save game was something that may have seemed gimmicky at first, but after playing Mass Effect and Mass Effect 2 in quick succession I found there were so many little things in Mass Effect 2 that referenced my previous save game. Re-occurring characters, references to missions from the first game. The big changes were welcome too; seeing Wrex as the leader of a tribe of Krogan was just awesome. But there were improvements in every area.

The new Normandy was a distinct improvement from the first game (fish tank!), the shooting felt more responsive, the game called for using your squad�s special abilities more, the counter that showed you your percentage process throughout all the systems..... just a raft of improvements that made a franchise that was already one of my favourites into something really special. It left me desperate to play Mass Effect 3 and see this story that I�ve shaped through two games come to it�s conclusion.
#Community
Login to vote this up!