In the late nineties, one of the biggest game series in the world was Twisted Metal, the high octane car combat game where you drive around in different vehicles and shoot at other vehicles. Everyone loved it. Especially Sony, because it was making them bank. One of the few groups that did not like it was SingleTrac, the team who made them. After Twisted Metal 2's success, they were sick of working on it and wanted to try something new. The publishers weren’t pleased, and it led to a dispute that ended with future Twisted Metal games going to 989 Studios instead.
Over the next couple years, SingleTrac had the chance to flex their creative muscles, and then decided to go back to vehicular combat. The problem was that the earlier dispute had led to them losing the license to Twisted Metal. They remedied the situation by creating a new IP: Rogue Trip. 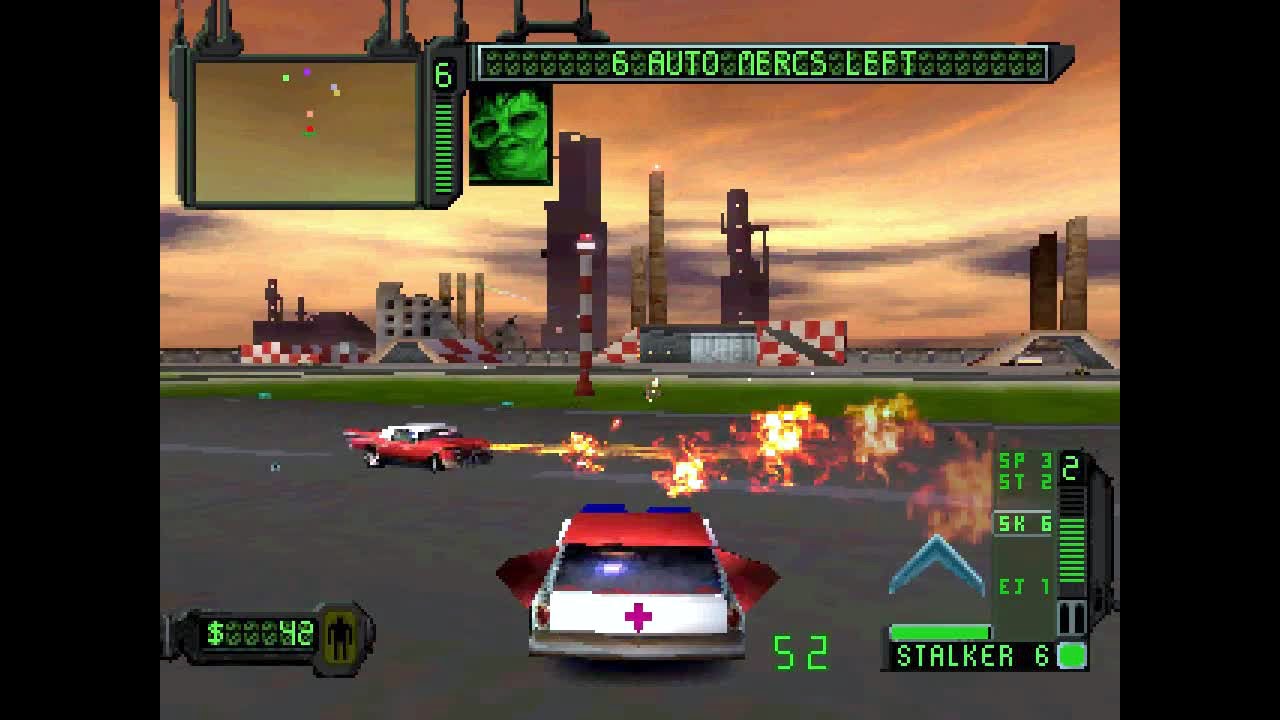 Set in the distant future of 2012 (it really was the distant future when the game came out!) The world is an apocalyptic mess. Anything that hasn’t been destroyed is owned by a fat rich tycoon named Big Daddy. But don’t worry! If you don’t like it, you can take on the role of an auto mercenary and stick it to the man.
How do you stick it to the man? Well, Twisted Metal, basically. Drive around in a cool car with guns and missiles and blow up other cool cars with guns and missiles. The game is so similar to its older half-brothers that I believe it even uses the same engine.
That’s not to say that it’s identical. Rogue Trip does change up the formula a little bit. Where Twisted Metal is all about that grungy, industrial metal, WWF Attitude Era of the nineties, Rogue Trip takes a decidedly goofier approach to things. It also includes another gameplay aspect in the form of the “tourist.” Levels have an NPC running around that players have to pick up and drive around like a taxi. That not only sets the game apart, but it gives you something else to focus on besides just driving around randomly and shooting.
As a kid, I particularly liked playing around with the stinger missile. When you launch it, it gives you direct control to fly it around and ram it into enemies. I rarely managed to actually hit anything, but man was it fun. There is also an unlockable vehicle in the form of a UFO. When all of your other competitors are slaves to gravity, being able to fly was the absolute bomb diggity. 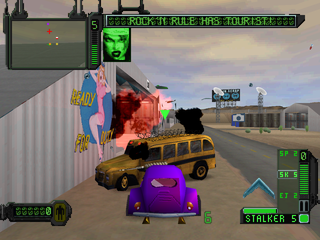 As for why it never got more popular? I think by the time it came out, the genre was getting oversaturated. It also lacks some of the memorability of Twisted Metal. The only character that ever stuck with me was the Rob Halford looking guy from the opening cutscene. As for the drivers, well, a sexy nun on a school bus and Peter Lorre in Mickey Mouse ears aren’t quite on the same level as Sweet Tooth, Minion, and Mr. Grimm. Until I played it recently, the only level that I could remember off the top of my head was the airport one, and that may have more to do with the Mighty Mighty Bosstones soundtrack than the design.
It’s still fun, though. When I was little, my friend David and I poured hour after hour into the game. It was more mindless fun to mess around with than a serious game we were trying to beat. Isn’t that the point of games, though? Mindless fun? In that regard, Rogue Trip whet our appetites perfectly. 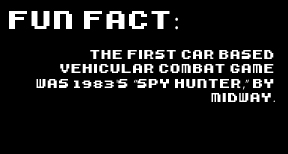