The Biology of the Yoshi 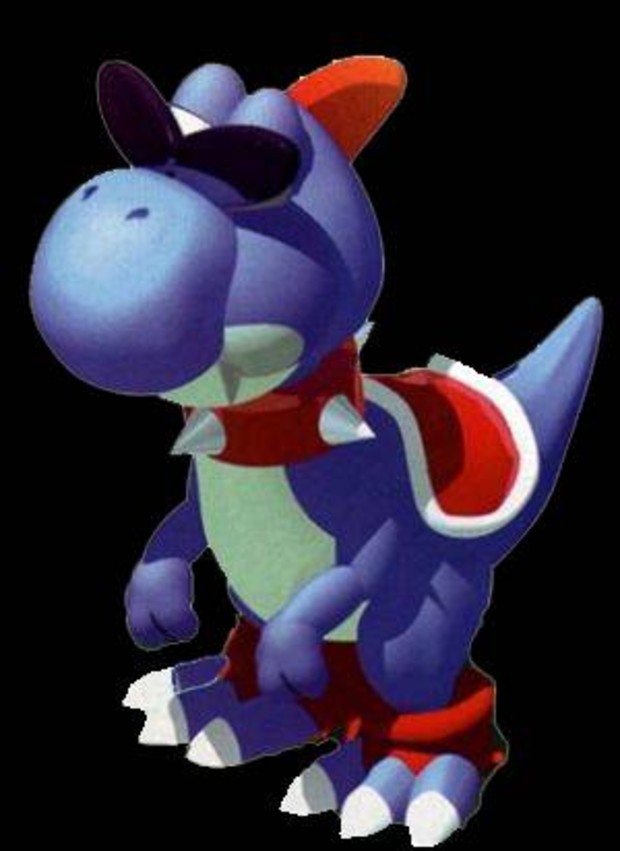 An artist's rendering of how a male "bull" yoshi, or "boshi" as some speculators have taken to calling it, may appear.

Yoshis have also been known to be susceptible to different biological experiments. Though widely discouraged, it has been found that yoshis are quite adept at taking on the characteristics of different vehicles when properly manipulated. It is now believed that the helicopter form achieved during experimentation would also have be possible with velociraptors, and great strides have been made in converting modern chickens into tiny digging machines.

The yoshi is a truly fascinating creature, and one that is incredibly unique in the modern animal kingdom. Despite its docile appearance and manner, it can sometimes be witnessed acting as a fierce predator. At the same time, its loyalty to humans is unmatched even in traditional companion animals such as dogs and horses. A yoshi will obey its rider without question, even if it means its own death. The abilities of the yoshi are remarkable, and certainly unprecedented in modern animals. However, there has been some recent evidence that the compsognathus may have also thrown its eggs, and further speculation that it may have been a common habit among all bipedal dinosaurs.

Yoshis have been portrayed in many video games, including the upcoming Yoshi’s New Island for the Nintendo 3DS.
Login to vote this up!