Is late really better than never? Here's to hoping.

5:13 AM on 01.04.2014 (server time)    0
So, I don't even know where to start with this. I've been writing for Dtoid since the summer of 2011, and just now am I writing an introductory Cblog. I guess at this point I'm sort of like that guy (or Brie Girl) that goes to a party and sits alone for hours just staring at people, only now working the nerve to say hey. So, hey. I'm Abel Girmay, long(ish) time writer for Destructoid's front page. Most of you probably won't know me on account of my being a mute on the community end of the site (which I'm now trying to rectify) , and if you're wondering, no, I wasn't an active community member before joining staff.

That's not to say that I was unaware of the site before joining. Through the foggy haze that is my memory, I can kind of, sort of, trace my patronage on Dtoid as far back as 2009; following the crumb trail of re-posted Rev. Rant and HAWP videos. I guess you can say I was a silent fan. Always lurking and reading, but I just never made an account to hop in on the action.

Anyways, amongst all the changes that have been brewing on the site, I've been hearing this common theme from the community that there's an unnaturally large gap between the site's front pagers and the community folk. A great deal of this sentiment is often directed at new school unknowns such as myself. While I can't speak for anyone else, I do recognize that I'm perhaps one of the greatest offenders in this regard. I swear it doesn't come from some smug sense of importance, more like a natural apprehensiveness to meeting new people. In any case, forgive me brothers and sisters, for I have sinned.

I'm honestly pretty bad when it comes to talking about myself, so I guess I'll just give the bullet point fun facts about me.


I had a mohawk my first year of college. I guess that's cool. 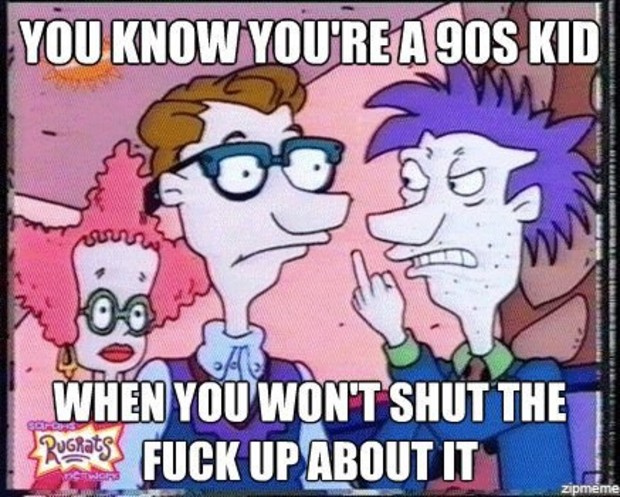 I may be a a 90's kid, but I started gaming on my Dad's old NES. My parent's marriage didn't last, but I'm glad my mom was smart enough to take the things that mattered in the divorce.

People tell me I can look intimidating at times, and other time outright creepy. Weird considering what a big softie I really am. I think I might just enjoy a good cry right after posting this.

I clearly don't understand the idea that bullet points aren't meant to run longer than one or two lines max.

I graduated High School early and started college full time at the age of 16. Here at 22, and I'm still a few years off from graduating. That's just the cost of debt-free higher education I suppose.

I used to seriously entertain the thought of games writing as a profession.
The Gamecube/Xbox/PS2 generation was the greatest ever. Bully, Soul Calibur II, Super Smash Bros. Melee, Splinter Cell: Chaos Theory, Halo 1 and 2, X-Men Legends...sploosh.

I've never told anyone until now that I am a 49ers and (please don't hurt me) Seahawks fan. Also love watching the Saints!

I love football but haven't played Madden since 2002 on Gamecube.

I love Shooters and RPG's, so Borderlands 1 and 2 were almost a religion for me.

For the life of me I can not get into stealth games that aren't Splinter Cell or Mark of the Ninja.

I was a hardcore genwunner (see above about 90's pride) until my roommate and Dtoid darling Spencer Hayes loaned me his copy of Pokemon Platinum. I still loathe Gen 3 though.

While it does take quite a lot to offend me, I do believe in keeping a filter for the benefit of others around me. At least until I get comfortable around you, then there's no telling what I might say or do.

Well that's about all I can think up folks. I suppose if you have any questions, qualms, or conundrums about me you can leave a comment, PM me, or shoot an email at [email protected] Seriously, I don't do much these days so there's like a 99% chance I'll get back to you. I do also plan to blog here regularly, so I'll talk to you all soon, and thank you for your time.
#PersonalBlog
Login to vote this up!