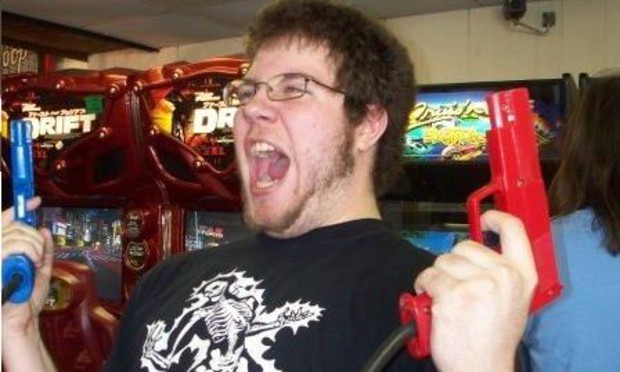 Hey guys a fair warning: the second quarter of our show was eaten by Pamela, our recording software. We still love her, but it was kinda annoying cause the show is a bit shorter than usual.

But look, Johnny did the showpost this week!

Blue Team�s Analoge bitches to Johnny about his prior post on Sidewinder. It�s a planet made entirely out of ice� Its, really, fucking, cold. Red Team�s Ryu complains to Tactix that all they are doing on Blood Gultch is guarding a base in the middle of nowhere, with no tactical advantage what so ever. But the blues are getting a new recruit, CrocBox and he is bringing a tank. All the while King3vbo and his trusty robot sidekick Cataract have brought down a M12LRV from HQ, and inform the other two that they will be getting a rookie too, Stella. Stay tuned for hilarity, and shenanigans on Red v.s�. I mean 321GoCast.

Shownotes by Johnny "SUCK A FAAAAT DIIIIIIIIICK" Viral, will be a day late. Sorry folks, check back tomorrow.

We are 321GO Cast. Dtoids one and only podcast about nothing. In this show we don't have a format, no script and no idea where the show will go when we start recording. So sit back, chug a beer or your preferred drink and listen to us shoot the shit about everything and anything.

A bit of convenience, just in case you're not drinking the Apple kool-aid: