TimeShift 360 should take place in an alternate 1985 @ Amazon today 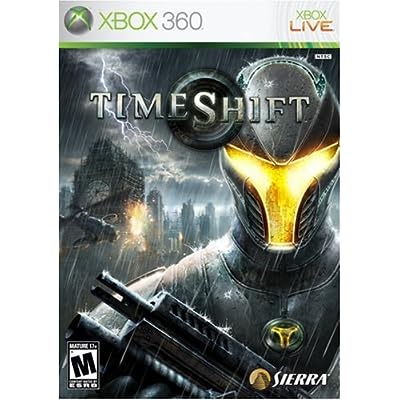 You're Marine Colonel Marty McFly. Your mission: Don the Beta Suit and hunt rogue scientist, Dr. Emmet Brown, through time. He's changing history and building an army; he could create a paradox that would end the world as we know it. You're the only hope for the universe, without you everyone is doomed. Good luck and make sure you don't have sex with your mother, otherwise you're parents won't end up together and your life will be an episode of Futurama. Godspeed.


Ok, so TimeShift is nothing like the game above, but that's what it should be. To be honest, it's not a terrible game, it's just uninspired with a pinch of cliche. For $29.99 + free shipping though, it's one of those "on the fence" deals. It's an average FPS with what could be a really stellar multiplayer mode -- I wouldn't know because I'm antisocial. The choice is your's and your's alone. Watch out for the temple guards.
#Community
Login to vote this up!