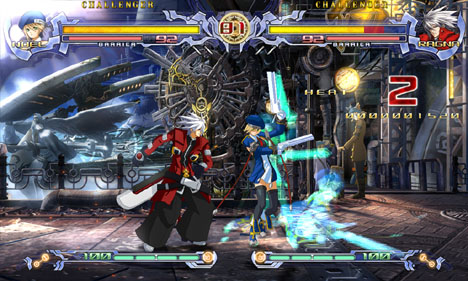 Arc System Works (Guilty Gear) knows what’s up. People have to practice at home, right? Their latest jaw-droppingly beautiful 2D fighter is the talk of the fighting game world, and soon that talk will extend into our homes.

The latest issue of Famitsu reports that BlazBlue is coming to the Xbox 360 and PS3. We all could have probably guessed that, but now we have a rough date for Japanese release: summer.

The home version will see a new story mode, complete with voice for all characters. Famed animation studio Gonzo is even doing the animations for these! Also, now all characters get Astral Heat moves. In all, there’s 30 hours of playtime expected.

IGN says that there is also network play to be included. Oh, and downloadable content, too. Here’s hoping for a U.S. release date soon.