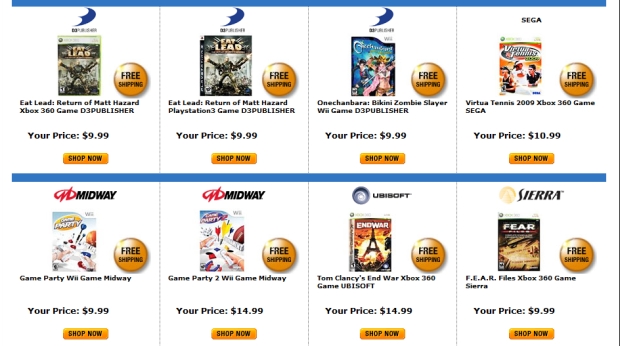 NewEgg is having an early Black Friday sale right now. Their game selection isn’t all that hot though. Here’s the full list:

Only two that I’m even interested in would be Eat Lead and Onechanbara. Of course, this is NewEgg so no surprise that they don’t have much in terms of game deals. NewEgg does have a ton of deals going on right now for computer monitors, memory, motherboards and all sorts of computer parts as one would expect.

Anything worth picking up on NewEgg right now?