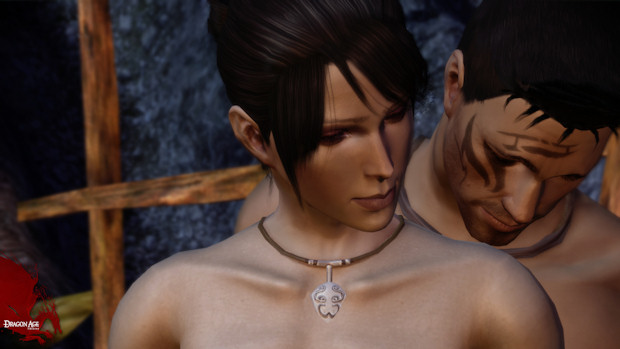 “Well I think what we’re seeing is an evolution of the age of gamer, the mainstream kind of impact that games are having, and we’re still battling the last of the perception that games are for kids,” he explains. “So if games are for kids and sex is not for kids, why is sex in games? To my mind, the hurdle to cross is to say, ‘You know, games are not for kids.’ I’m not a kid, I probably burn a good three hours a night playing games, married, comfortably happy, definitely not a child.

“Ultimately, news anchors, people like that who are coming in who are gamers themselves can say ‘No no no, it’s a wide ranging spectrum, just like there are movies for children and movies for adults, there can be games for adults too,’ … and as soon as they realize that we’re being responsible, and that the medium is not just some childish thing, they’re gonna stop having their hissy fits.

“Will we see more of [sex in games]? I hope so, I really do. I mean, it’s not a mandatory part of any experience, but is it something we should shy away from? I don’t think so, it’s part of the human experience, so why not? Does a game have to be about sex? No. Can it be in there? Sure. Why not?”

Western society is very immature when it comes to sex. The way people reacted on FOX News was childish, with grown adults acting how a schoolkid acts when he hears someone say “boob” in class. I’m not sure the furor over sexual activity in games will ever quite disappear until the general public actually grows up and comes to accept that sex happens whether they like it or not.