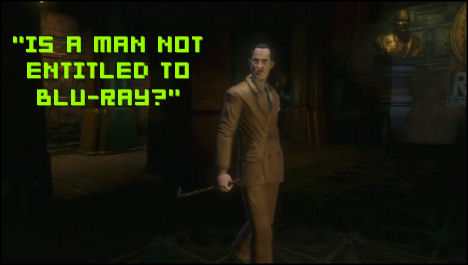 PS3 fans, rejoice! You are now officially allowed to like BioShock, because it’s coming to the Black Box o’ Blu-ray! As you are all likely aware by now, BioShock for PS3 is confirmed, and there are a few scant details.

Firstly, the game will ship with all the extra plasmids from the 360 version, as well as any little fixes that may have been made since the game’s launch via updates. Pretty standard stuff for a port, really. Thus far, Sixaxis support has not been confirmed.

What has been said is that the PlayStation 3 version is pretty much only going to be useful for those who never played the PC/360 versions. Sony is apparently planning to “extend and augment” the game, but the word for now is that the 360 and PS3 games will be pretty much identical.

That is, of course, the word for now. The word has a habit of changing. We shall let you know as soon as more details arise.