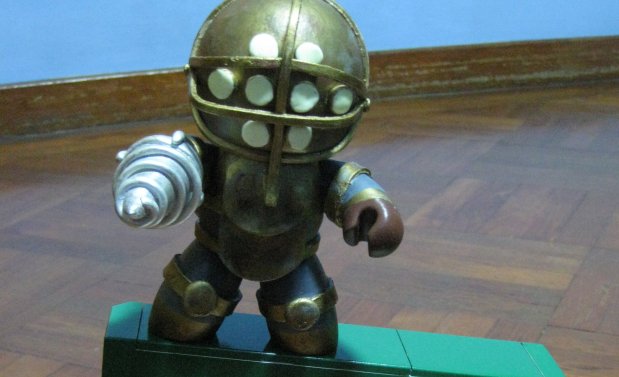 Way back when Tomopop started, one of my vinyl customizing dreams was to make my own Big Daddy from BioShock. However, since I’m kind of a dumbass when it comes to creating these things, it was no surprise when I saw that someone else had decided to take it on.

Created by a gentleman over at Design Hijinx by the name of Frederic Rodriguez II, this custom toy was based on the Mighty Mugg form from Hasbro Toys. If you check out the gallery, you’ll see he even redesigned the box in the same style the official releases come in. If you’re wishing for your own, be sure to check out NECA’s upcoming BioShock 2 line — they easily beat the hell out of the so-so figures that were released with the Limited Edition of BioShock (although one clever customizer took that figure into their own hands too)!