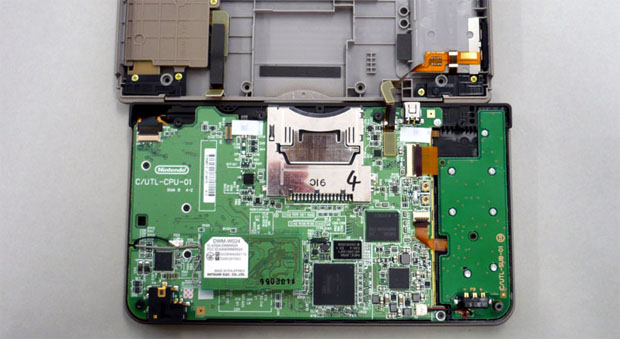 Just like any other game system, we knew that someone in Japan or China would eventually crack open Nintendo’s latest. Yep, the one that made us ask “What? Why!?” when we heard about it. It’s the DSi LL, the bigger DSi with bigger screens.

Japanese site PC Watch cracked one open, prodded it, and gave their thoughts. There was some divide there on the new screens. Younger staff members were bitching about the pixels being more apparent while older ones liked that they could see it better? Old persons’ DSi? Maybe. That was PC Watch’s recommendation, at least.

Inside they say it’s business as usual, with the design being very similar to the DSi. There’s a bigger, higher capacity battery to power those big screens now, of course. They did say that the Wi-Fi chip is a better make than in previous systems, though they did not give specifics. Otherwise it’s just a bigger DSi.

I don’t know if I need one of these. Being easier on the eyes isn’t a strong enough selling point for me. What about you?