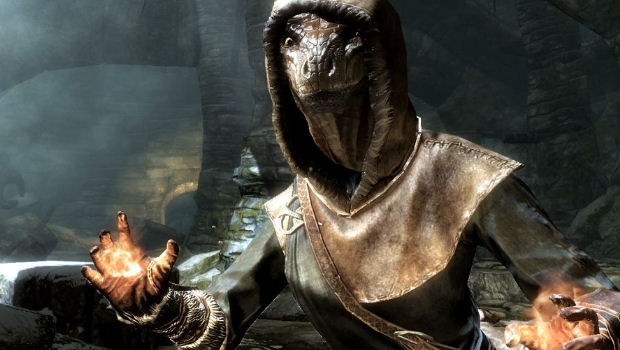 Do you remember the Elder Scrolls MMO rumors a few years ago? I dare say a few gamers were relieved when Skyrim was announced as a single-player experience, putting paid to such gossip. Those gamers will be even more happy to hear that Bethesda — at least right now — isn’t interested in massively multiplayer Elder Scrolls at all.

“I like this kind of game better,” said producer Todd Howard, about Skyrim. “You know, it’s what most of us are into. I’m not really an MMO guy. I respect them, I look at them, but I don’t play them. It feels more real to me when I’m the hero and it’s crafted for that. A community aspect to it, I recognise a lot of people would want that in a game like this, but it changes the flavour for me.

“We can just do our thing, and it’s kind of grown with each game. So there was no pressure from anybody above me to say ‘Hey, you need to change this.'”

Sounds great to me. I’ve never really cared for any kind of multiplayer in an open-world RPG. To me, those are games to get lost in, to explore on one’s own and have a personal relationship with. I think an MMO, of all things, would severely impact that experience, so I’m very glad Skyrim‘s keeping it real.