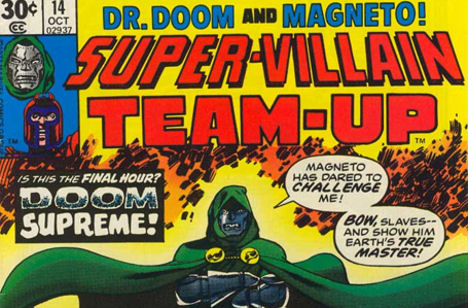 The British government has done a lot of talking in the wake of Dr. Tanya Byron’s report on videogames and the Internet, and as it promises to act upon this well-balanced document, it becomes clear that the British Board of Film Classification is the politicians’ choice for game rating in the UK. However, this is not the choice of industry heavyweights such as Electronic Arts and Microsoft, who have hit out at the BBFC in a number of ways.

EA claims that the BBFC may delay games, while Microsoft weighed in to say that the BBFC could make games more expensive. Today, the BBFC has fought back against “misleading” statements made by these companies, and has reiterated that it is just as capable, if not more so, of rating videogames than the industry’s preferred PEGI system.

“It is absurd to imply that the BBFC could not cope, or would need ‘a building the size of Milton Keynes’,” stated David Cooke, head of the BBFC. “The BBFC is a larger and better resourced organization than PEGI, and is well used to gearing up, and to providing fast-track services where appropriate.” David went on to claim that the BBFC’s rating process is relatively cheap and quick, despite EA and MS’ claims to the contrary.

So, who’s telling the truth in all this? Hit the jump for more.

I was very pro-PEGI at first, but it’s worth noting that both EA and MS have a vested interest in PEGI, since they have more direct influence over that board than the BBFC, which is thoroughly independent of the games industry.

One thing that both Electronic Arts and Microsoft have kept quiet is that they are members of the Interactive Software Federation of Europe — think of it as Europe’s version of the Electronic Software Association. Why is this of interest? The ISFE is also responsible for the Pan European Game Information rating — PEGI, which is the rating system that EA and Microsoft want to see become the UK’s number one ratings guide.

Why would EA and MS fight for PEGI to become Britain’s officially adopted system? Why wouldn’t they? More direct control, more influence and more power (as if publishers didn’t have enough of that already).

Does that mean the BBFC is perfect? Of course not. The BBFC has politicians to fear, and media outrage to suppress. It’s pretty obvious to me that the BBFC’s decision to ban Manhunt 2 was not a fully independent decision, and it is not unreasonable to speculate that political or media pressure following the murder of Stefan Pakeerah influenced the decision to refuse that game’s rating. The BBFC can deny this, but the fact that the decision was overturned and games like Condemned 2 hit the shelves without issue is enough to suggest that Manhunt 2 was singled out on a case of notoriety more than any societal concerns regarding the game’s content.

I do agree, however, that these claims of the BBFC delaying games or making them more expensive are most likely horseshit. With the exception of Manhunt 2, the BBFC has seen relatively few problems with videogame rating, and I find it ludicrous to suggest that a rating system that has been doing just fine for years would suddenly disrupt the games industry’s release schedule. It’s also a little hypocritical coming from Electronic “let’s delay Rock Band in Europe for a year and make it twice as expensive” Arts.

Ultimately, I’m not going to speak in favor of PEGI or the BBFC, but I will urge readers in the UK not to take what anybody on either side of the fence says at face value. EA and Microsoft are currently attempting to appeal to gamers by hitting on issues that gamers care about, and are presenting the case as if they are truly concerned for your interests and needs. Whether they truly are right on these issues is up for debate, but their intentions are not as honorable as they make out. Be aware that the people currently speaking out for “your” interests are doing so with their own agenda at heart.