Today, I made a phone call to the BBFC to see if I could get them to be more specific about their thinking on the Manhunt 2 ban. I managed to get in touch with Sue Clark, their Press and Media Enquiries Officer and we had chat about the issue, during which I tried to get to the details on what it is about the game that they find so unacceptable. Their official press release is of course contained within Jim’s original story, but finding that rather vague, I wanted more information. After the conversation, we exchanged e-mails to reiterate our respective points, and that exchange is what you can find after the jump.

Destructoid: The BBFC’s press release on the Manhunt 2 decision states that the game poses “unjustifiable harm risks to both adults and minors”. Could you clarify what kind of harm context this statement refers to (physical harm, psychological harm etc.) and on what grounds of authority this risk assessment was made?

BBFC:  The BBFC is required, under the terms of the Video Recordings Act to “have special regard… to any harm to those likely to view a (in this case) game, any harm to society through the behaviour of those viewers afterwards.”  The Act does not give any indication of what harm and we are left to make a judgement.  We are concerned about the cumulative and potentially corrosive effect of the callous violence in the game and we are the body responsible for making that judgement.

(During our phone call, Sue mentioned that desensitization to violence and psychological trauma were factors considered in regards to the game, and stated that the definition of “harm” was up to the reviewers to identify. While not going into specific sections of the game, she also noted that the original Manhunt was deemed to be at the upper end of the 18 rating, while the sequel apparently goes too far for that bracket.)

Destructoid: The press release also states that a release of the game in its current format, even if purely to the adult market, would be “unacceptable to the public”. Some may find this quotation slightly vague. Are you referencing an unacceptable risk to the public, or a large proportion of the public finding the game personally distasteful?

BBFC:  The wider public would find the game unacceptable and in fact not all games commentators disagree with our decision.  We are also not the only regulator concerned about the game.  The Irish have rejected the game and the US body, which constitutionally cannot reject a game, have given it an AO rating which amounts to the same thing. 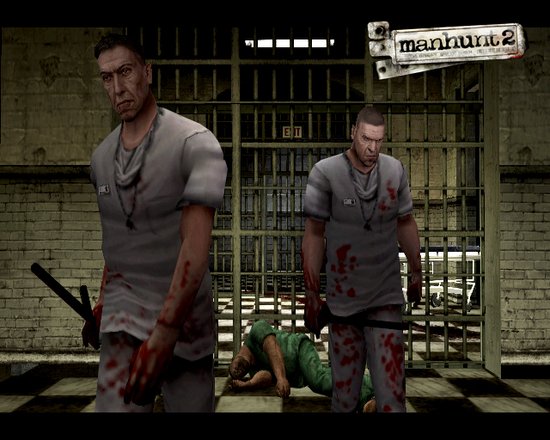 Destructoid: If the BBFC is discussing psychological damage or some manner of desensitization to violence in relation to Manhunt 2, how does it reconcile these points with its previous report on the effects of gaming, which states variously:

Gamers appear to forget they are playing games less readily than film goers forget they are watching a film because they have to participate in the game for it to proceed. They appear to non-games players to be engrossed in what they are doing, but, they are concentrating on making progress, and are unlikely to be emotionally involved;

Violence in games, in the sense of eliminating obstacles, is built into the structure of some games and is necessary to progress through the game. It contributes to the tension because gamers are not just shooting, they are vulnerable to being shot and most gamers are concentrating on their own survival rather than the damage they are inflicting on the characters in the game. While there is an appeal in being able to be violent without being vulnerable to the consequences which similar actions in real life would create, gamers are aware that they are playing a game and that it is not real life;

Gamers are virtually unanimous in rejecting the suggestion that video games encourage people to be violent in real life or that they have become desensitised. They see no evidence in themselves or their friends who play games that they have become more violent in real life. As one participant said: “I no more feel that I have actually scored a goal than I do that I have actually killed someone. I know it’s not real. The emphasis is on achievement.

We were particularly interested to see that this research suggests that, far from having a potentially negative impact on the reaction of the player, the very fact that they have to interact with the game seems to keep them more firmly rooted in reality. People who do not play games raise concerns about their engrossing nature, assuming that players are also emotionally engrossed. This research suggests the opposite; a range of factors seems to make them less emotionally involving than film or television. The adversaries which players have to eliminate have no personality and so are not real and their destruction is therefore not real, regardless of how violent that destruction might be. This firm grasp on reality seems to extend to younger players. 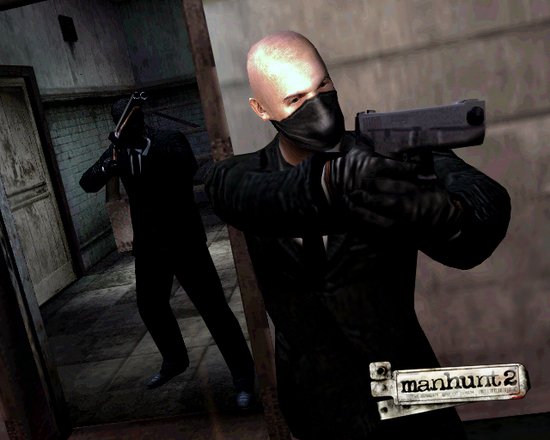 Destructoid: To what degree is graphic videogame violence treated differently to graphic film violence by the BBFC, if any? Obviously some fear that the interactivity element can make games more “damaging” in some way, but your own report states the opposite.

Destructoid: You mentioned on the phone that there was a feeling in your last report on gaming that videogame violence had gone as far as was acceptable by the time of the original Manhunt. Given the recent trend for so called “torture-porn” films such as Saw and Hostel, is this feeling prevalent across the various media, or is film still felt to be some way off this point, despite the BBFC’s feelings that it is more immersive?

BBFC:  The interactivity element may distance players, but it also makes them responsible.  See the quote from a games reviewer on page 80 for the sort of concerns expressed by people who know games.  I would also repeat that we are not the only regulator to be concerned about this game.

Destructoid: On a similar note, some will cite that fact that parents will provide higher rated games than is appropriate to their children as a reason why games like Manhunt 2 are risky. This point is understandable, but is the case not the same with DVDs? And does a rejection from an organisation such as the BBFC encroach on uncomfortable “nannying” behaviour, taking the freedoms of personal responsibility and choice away from adult consumers, as some of our readers feel is the case?

BBFC:  The law requires us to have regard to potential for harm and we cannot ignore that. 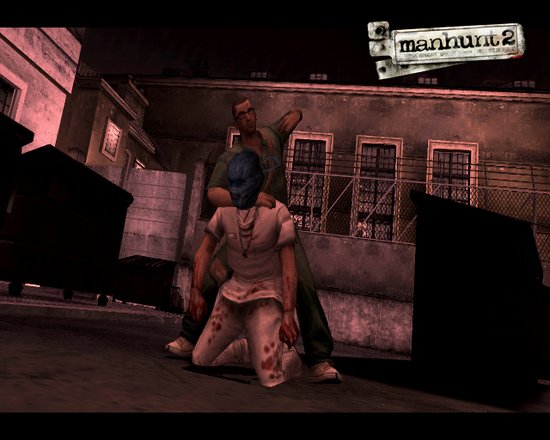 Destructoid: Does a ban on any piece of extreme media raise questions about the effectiveness of the current ratings system?

BBFC:  On the contrary, it endorses it.

Destructoid: Were the PlayStation 2 and Wii versions of the game judged separately, and if so, was the Wii remote control a factor in making the Wii version less acceptable to the BBFC?

BBFC:  They were both rejected individually.

(Sue also made this point on the phone, but said that the Wii remote use was considered when reviewing that version.)

Destructoid: Have you had any attempts at reconciliation from Rockstar or Take2? Could the game be passed with edits?

BBFC:  No we haven’t. Unlikely as the whole tone and theme of the game are problematic.

(In a second e-mail, Sue added “it is worth pointing out that it is up to Rockstar to come to us, not the other way round, but once we send out a reject letter the only course of action open to a distributor is to appeal.”) 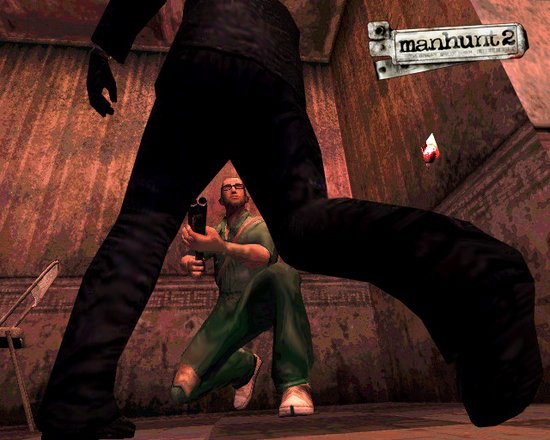 Of course, I am very thankful to Sue personally for taking the time to respond to me during what must be a busy period for her, but I have to say, I am still dissatisfied with the situation. What I find most alarming is the fact that there are no guidelines in place to define the types of harm a piece of media can supposedly do, and the means by which that may be possible. Obviously, the BBFC assembles wide-ranging teams for each review, but I find the subjective nature of the judgement process very uncomfortable indeed.

Similarly, I’m very concerned with the way that the concept of cross-media comparison seems to be completely ignored, with gore and violence seemingly more easily passed in film rather than gaming. You can get a copy of the report which Sue refers to here, and I strongly recommend that you download it. It’s a lengthy read at 107 pages, but it’s well worth ploughing through. While I haven’t made it all the way through myself, so far I find it an unreliable source in terms of backing up the BBFC’s treatment of Manhunt 2 in relation to comparable films. While there is indeed a rather damning quotation from a games journalist in referencing his distaste for the prevalence of violent subject matter in gaming, it is largely a statement of personal taste and doesn’t touch upon anything concrete in terms of negative affects on the player. Stating that interactivity makes the player “responsible” is another vague statement which actually means very little in itself.

Conversely, the report features a great many comments from gamers, pointing out that while gore in games can be extreme, they find film violence far more shocking and disturbing due to the use of “real” people with personalities and motivations. Many gamers also stated that rather than being immersed by the simulation of being in control of a violent character, they find such experiences a turn-off. These players acknowledge that they are “responsible” for the events depicted on screen, and they don’t find that responsibility enjoyable at all. While also subjective, these numerous accounts are no less valid or qualified than the personal opinion of a games journalist, and typify the conflicting subjective content of what I’ve seen in the document so far. 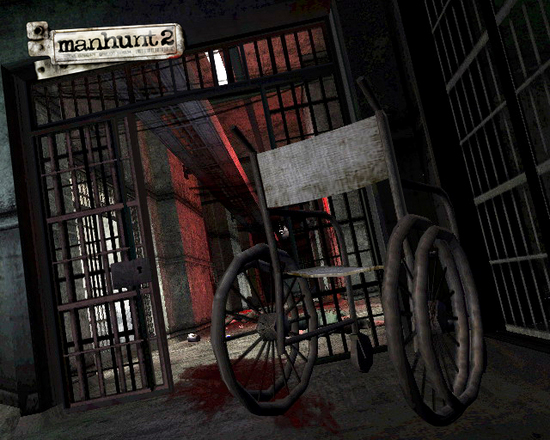 Also ringing the subjectivity alarm bells is the response to my question about the game being “unacceptable to the public”. While the assumption that a proportion of the public will not like what they see in Manhunt 2 may well be accurate, it is still an assumption, and one which cannot be proven or disproven if we are not allowed to decide for ourselves. And regardless, a majority of people not liking something is in no way a justifiable reason for keeping it from those who might. It all comes back to the right to personal responsibility and choice.

I also strongly disagree that the ban endorses the use of the ratings system, but you can find my reasons for that here. And I don’t think I really need to explain why the ignoring of my question about allowing adults to be personally responsible for their choices scares me a great deal.

I have also made efforts to get in touch with Paul Jackson of ELSPA regarding his reaction to the BBFC’s ruling, and should I hear back from him, you have my assurance that his response will be on Destructoid straight away.