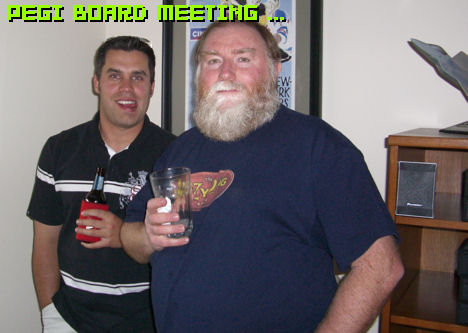 The BBFC/PEGI war continues as the British Board of Film Classification’s David Cooke sows mistrust in the Pan-European Game Information board. Cooke asserts that nobody is actually sure who PEGI is, and claims that games are rated simply by “a couple of blokes.”

“The trouble is that it is not clear who PEGI is,” Cooke told The Times. “Administration is handled by the Dutch film regulator, who subcontracts to a couple of blokes [the Video Standards Council] in Borehamwood.”

Cooke also said that having a single unified ratings system for the entire European Union doesn’t reflect the cultural needs of each country within it.

“Look at what happens in film – there are different cultural sensitivities in each country. The French give Tarantino films 12 certificates; I’d be out of a job tomorrow if I did that. But the point is that there is no reason why those cultural differences go to sleep when it comes to games.”

A fair point indeed. Personally, I’m now sitting on the fence as far as the BBFC/PEGI debate goes, as it really seems to put us between a rock and a hard place. On the one hand, the BBFC cracks under political pressure, but on the other, PEGI would give companies like Microsoft and EA even more power over the industry. It’s hard to root for a winner, really.