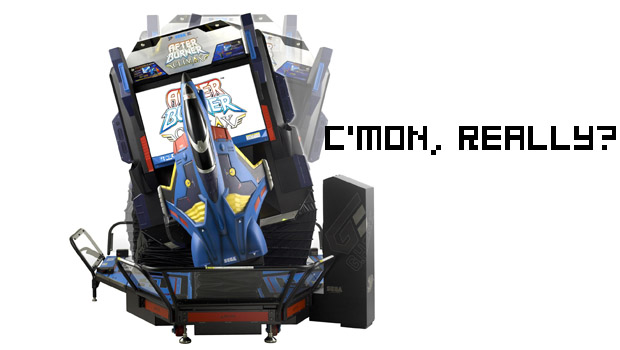 That’s…unexpected. Bayonetta‘s creator, Hideki Kamiya, was asked what Sega game he’d like next, and instead of bringing up something hardcore or obvious, he humbly requested a home version of the arcade game After Burner Climax.

Look, I love me some After Burner, but let’s get creative, man. He could have gone the high-brow route and asked for Clockwork Knight 3 (remember that sh*t?). Or he could have gone the internet forum kiddie route and asked for “a good Sonic.” Fanboy route? The next Shenmue, of course. An in-house Sega Rally sequel (and not that crap that came out last year)? Panzer Dragoon Next?

I expected more from you, Kamiya.