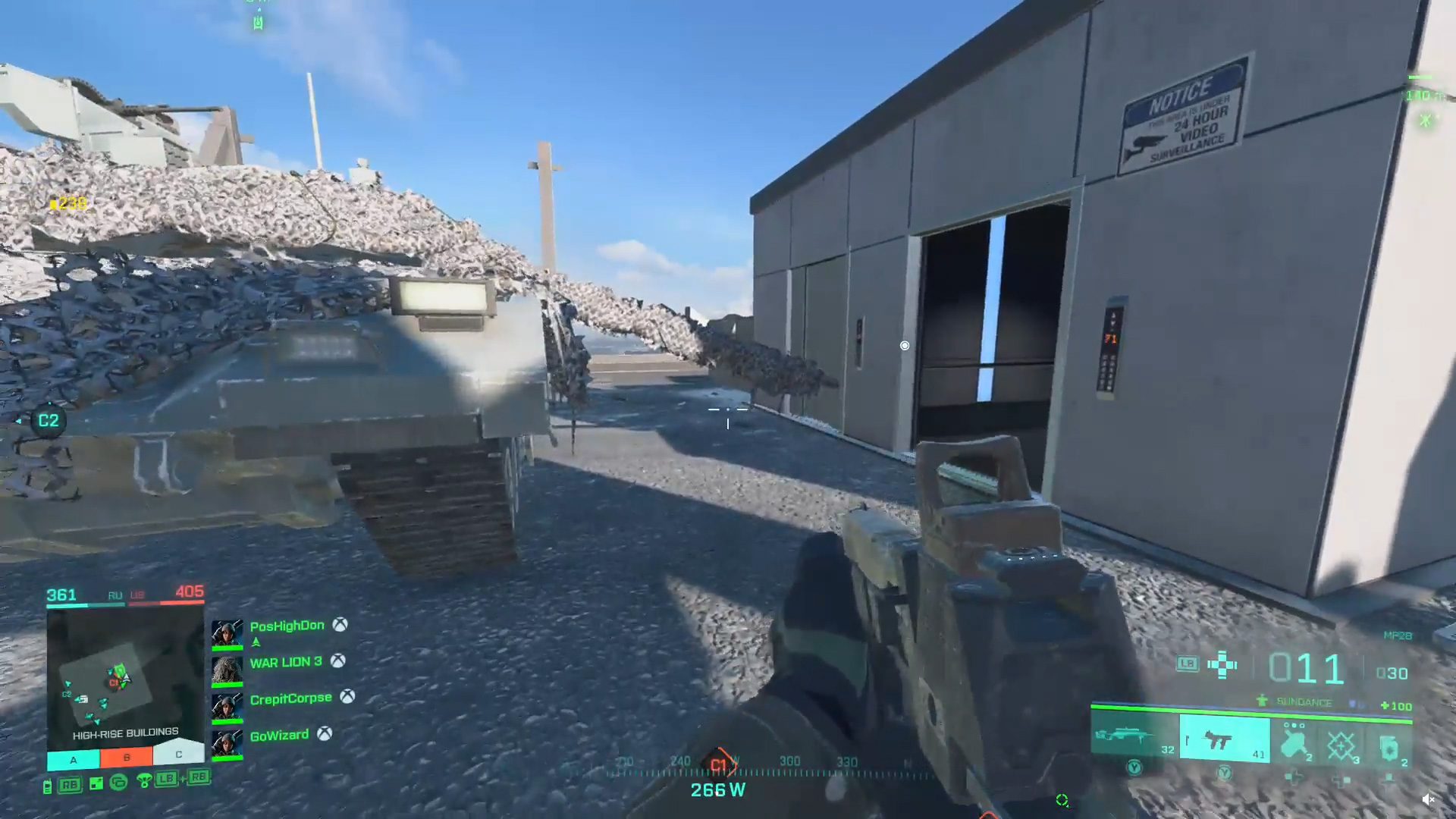 It’s not stupid if it works

While Battlefield 2042 players are busy voicing their concerns about the spotty state of the game after its first weekend of early-access availability, there’s enough space to also share amusing clips and ease the pain with laughter while we wait for DICE to roll out updates. I haven’t seen this trend in-game, but it seems that a certain “crazy enough to work” strategy involving tanks and elevators has begun to take root in Battlefield 2042.

Getting pummeled point-blank by a tank is nothing new for the Battlefield series, but the ways in which it can happen in Battlefield 2042 are fresh. With the ability to call in a vehicle air-drop, players have figured out that perching on top of skyscrapers with a tank is actually a viable enough strategy to catch a few unsuspecting soldiers off-guard.

You might expect to see a firing squad at the end of an elevator ride, but this?

This game is something else. from Battlefield

Here’s what it looks like from the soldier’s POV:

Elevator going up. from Battlefield

And that’s not the only vehicle to watch out for — hovercraft can worm their way up too.

The hovercraft always finds a way. from Battlefield

Skyscraper tanks aren’t going to turn the tide of battle, and there are plenty of answers for a pesky land vehicle that intentionally gets itself stranded hundreds of feet up, but it’s hilarious to see this plan come together. It’s funny from the outside looking in at these poor souls, and frankly, I think it’d still be funny if it happened to me — for a time, anyway.

Even though I’m pretty mixed on Battlefield 2042, I’m having fun here and there when it works, and I genuinely enjoy seeing players’ wacky antics online. Maybe I’ll take some cues from the community and try to pull off the soon-to-be-iconic wingsuit C5 drop.

I’m worried about the servers holding up on launch day (November 19), so I need to act fast. More than that, though, Halo: Infinite multiplayer is also calling my name.