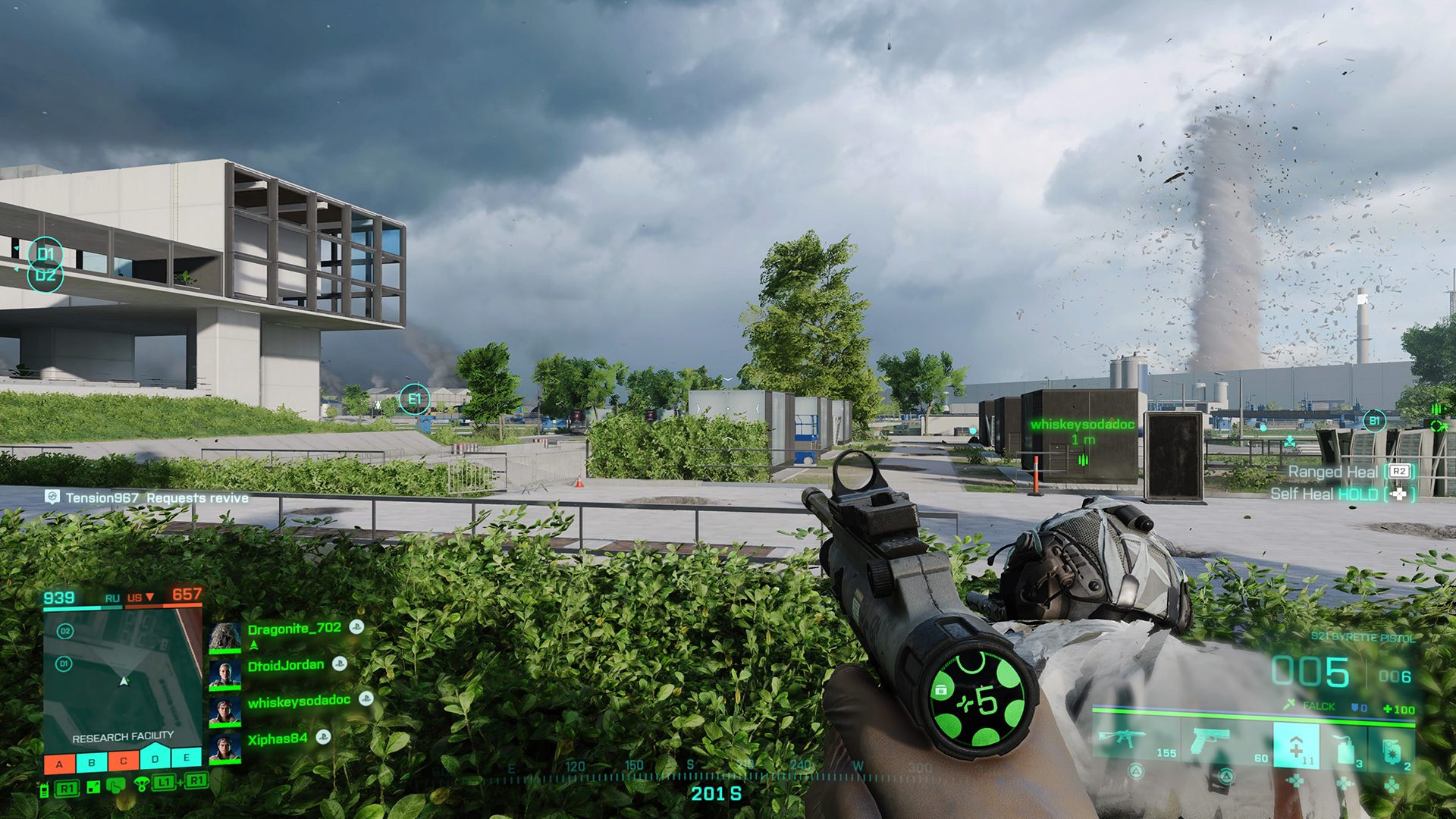 There’s a lot to fix, and DICE hopes to have an update out ‘at the end of next week’

It’s been a tumultuous launch for Battlefield 2042, to put it lightly. This isn’t a particularly easy fanbase to please in the best of circumstances, but this year’s high-stakes Battlefield is having an even rougher go than normal, and depending on who you ask, it could take a long time — and a lot of critical updates — for 2042 to reach its big-battle potential.

Some players, like me, are struggling to find the fun on some of these sprawling maps but keep trying to capture those ridiculous Battlefield moments when we can. Others dipped their toes in with the trial only to quickly peace out. Today, after a week of early access, Battlefield 2042 officially launched. So where are we at with some of these fixes?

DICE has a site up for known issues, though there’s more work being done beyond what’s listed there. A recent thread from the official @BattlefieldComm account spoke about other problems with Battlefield 2042 that are in the mix along with a rough ETA:

“We’ll keep you updated here on further fixes, and changes we have coming in our next updates,” said the Battlefield Direct Communication account. “These changes, and more, are presently scheduled for deploy at the end of next week.”

Off the top of my head, I have struggled with “persistence data” errors (that prevent me from even reaching the main menu), rubberbanding (that isn’t strictly unplayable but really messes up the feel of longer-range gunplay in particular), bugged revives (that are the bane of my existence as mainly a medic), and broken loadouts (that keep me from quickly switching to gadgets and guns to respond to certain threats, like vehicles).

That’s to say nothing of larger (potentially harder-to-resolve) game design issues that some players have expressed with Battlefield 2042. Funnily enough, the game runs quite well for me on PS5, though I’ve heard complaints about the PC version. For me, it’s a flawed but sometimes fun experience at best right now, even without lots of bugs. I’m nervous about how DICE may (or may not) take players’ wider feedback to heart.

I know I should stick with the classic 1942, Bad Company 2, and Battlefield 3 experiences in Portal, as they’re the most reliably fun ways to engage with 2042, but I kind of can’t change the fact that I want to like the main All-Out Warfare modes. There’s something here — it’s just that the awesome squad-based antics can feel so few and far between.

I’ll say this much: the whiplash I experienced going from an average round of Battlefield 2042 to my first (immensely satisfying) Oddball match in Halo Infinite was eye-opening.