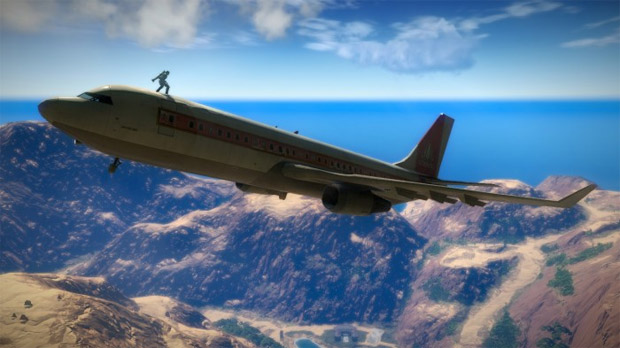 Eurogamer followed up with the team to see what lies ahead. “We will continue to do hardcore triple-A games and downloadable games,” says Renegade Ops senior producer Andreas Thorsén. “I can’t see that Avalanche wouldn’t want to continue on the Just Cause series. We love that franchise.”

Studio founder Christofer Sundberg says he “can’t really comment on the future of Just Cause, but as we created the IP there is an attachment to the studio even though we don’t own the IP. We are not finished with traditional boxed retail games by far. We have two huge licenses that we work on to be released in 2013.” Of course, he “can’t say anything about them at this point.”

I really do hope they are able to work on the series again, or, alternatively, come up with something similar in terms of style and substance. Basically, more jumping out of jets, please.

Avalanche keen on Just Cause 3 [Eurogamer]

Filed under... #Developer stuff#Just Cause