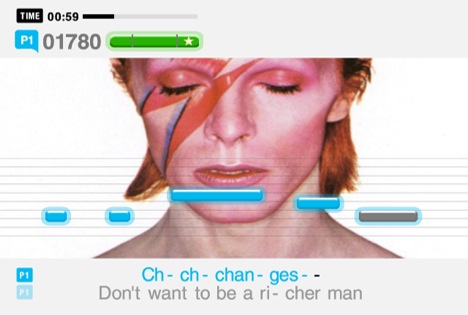 Aside from being playable at Lollapalooza this year, Singstar Amped’s Australian track listing has been revealed by Gamespot. Amped is all about rock, but I use that term pretty lightly. It’s more like, “stuff your mother listened to when she was pregnant with you.” There’s a decent selection of 80’s crap, but a massive misgiving on Sony’s part. There is only one David Bowie song available.

If I were drunk enough and lived in Melbourne, I believe I would venture to sing Soul Asylum’s “Runaway Train,” or Warrant’s “Cherry Pie.” My inebriated karaoke fest will have to wait until August 14th, when the game hits store shelves on the PS2 platform. There will also be a special two-microphone edition on the same day for the low, low price of $99.95. Flashing lights and motion sensing has yet to be confirmed for those living down under.

Hit the break for the full Australian track listing.