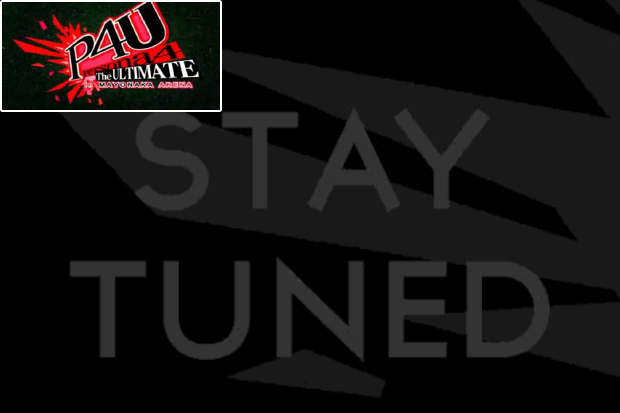 [Update: This is probably a tease for Persona 4 The Ultimate in Mayonaka Arena. The broken pattern matches the game’s logo. Yes!]

Just a bit ago I got an Atlus Faithful email blast that with the subject “____” and a body that consisted of only a black box. What the f*ck? I’ve had too long of a day for some troll crap like this.

I knew the people of the Atlus USA offices are sneaky bastards, so I got to digging in that image file and found that it actually says something. I put it in my favorite image editor, took the white level down and got what you see above. It says “stay tuned” over something that looks like broken glass.

Stay tuned? Like, as in television? Hey, I know a game that has televisions in it.

Am I off base, Atlus? You troll bastards.