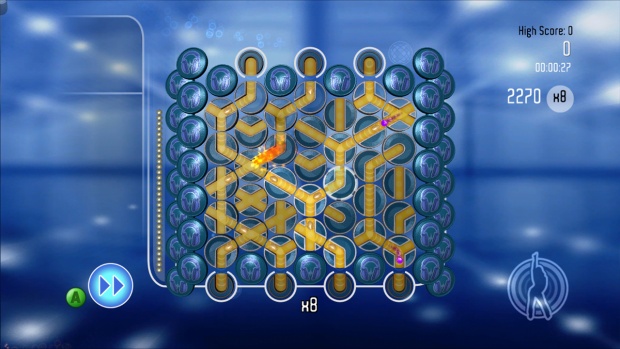 Atlus is pushing out a new puzzle game in late spring for Xbox Live Arcade, PlayStation Network, Windows PCs, and iPhone. They call it Droplitz. It’s a liquid collecting puzzler where you’ll turn dials to collect the liquid at the bottom of the screen, working to make combos and clear stages. It didn’t make full sense to me until I watched a trailer (after the jump) that gives a quick glimpse of how the game works. It looks fun, though it kind of reminds me of the Bioshock hacking minigames. That’s not a bad thing!

There’s four game play modes in Droplitz: Classic, Zendurance, Power Up, and Infection. Oh, and bombs to blow things up. There will also be online leaderboards, and tropies/achievements for PSN and Xbox Live players. No word on pricing and release date, other than “late spring.”

In our gallery below you’ll find screenshots from both the PlayStation Network and Xbox Live Arcade versions.

Puzzle fans, does this look like something you’d get down with?