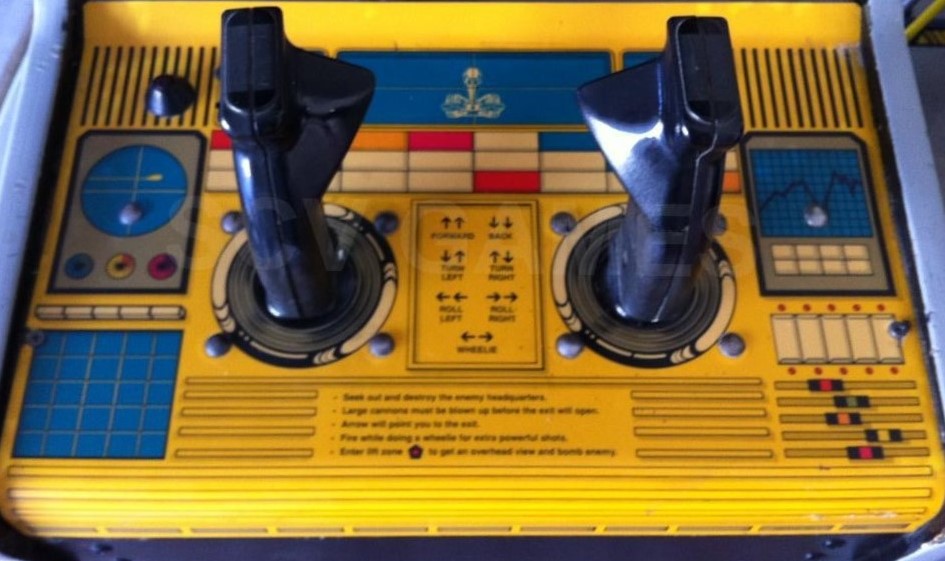 Retro publisher Hamster just can’t get off of its Namco kick at the moment. This week’s entry to its classic-filled Arcade Archives is one of the developer’s lesser-known arcade releases. Now available to download on PS4 and Nintendo Switch, it’s Namco’s futuristic tank battler, Assault.

Released to the Japanese arcade scene in 1988 under the title “Akeaka Assault,” before trundling west under its simpler, localized title, Assault is a future-set top-down shooter that puts the player in the driving seat of an intergalactic tank, and tasks them with bringing down their planet’s colonizers in a uniquely dark narrative — and one that is surprisingly prescient to modern eyes…

In Assault, you play a native warrior of a far-off planet, who starts out upon a one-man rebellion against the human race, who have invaded your world, stolen all of your resources, and taken both the land and technology of your people for themselves and their own futures. Quite the narrative oddity for the gaming industry at the time; instead of saving mankind, in Assault, you are essentially out to destroy it.

As you can see from the above action, (courtesy of YouTuber Quadri Chuply) Assault is a rotational twin-stick shooter, that allows the player to engage in combat with the humans and their forces in full 360-degree motion. The aim here was to create a more contemporary version of the 1980 Atari classic Battlezone, switching out the vector graphics and first-person view for a faster-paced and more colorful top-down perspective. Like many Namco titles, it also sports a pretty funky soundtrack.

Assault utilized Namco’s newly-created System 2 software, which allows for the rotational visuals and sprite-scaling seen in the title. Additionally, the main player sprite and many of the enemies were designed by Gundam veteran Kunio Ogawara, further emphasizing Namco’s desire to make Assault something of a prestige release for the developer. Assault would receive much critical praise on release, and would also spawn a Japan-only remix in the form of Assault Plus, which featured improved visuals as well as new enemies and stage layouts.

While Assault is not referenced even a tenth as much as other Namco titles such as Pac-Man, Dig Dug, Galaga, or Galaxian, it does deserve to sit in the Namco hall of fame as a groundbreaking arcade release.