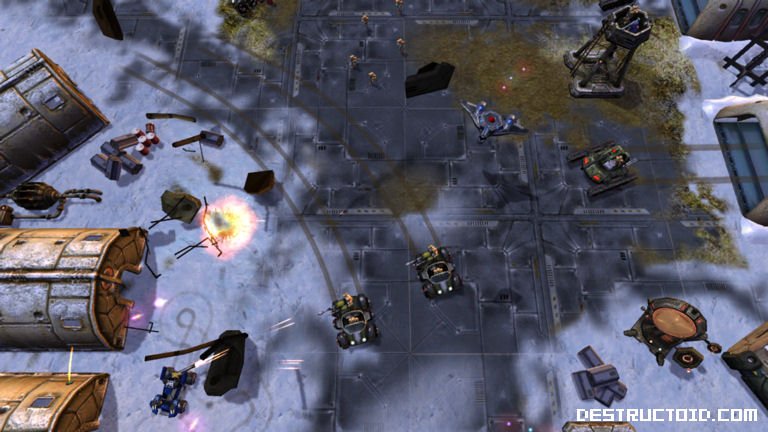 You know what game surprisingly ruled? Assault Heroes on Xbox LIVE Arcade. So we need a sequel, and we need it now, I’d say. Well, it’s coming, but we’ll have to wait until May 14, when the game hits XBLA for 800 MS Points.

While the game is mostly “more of the same,” developer Wanako Studios has added hi-jackable enemy vehicles and more stages. Additionally, on-foot gameplay has been tweaked, with the camera having been pulled in ever-so-slightly to give it a bigger, “fuller “feel.

With the game coming out in just a few short weeks, keep your eyes peeled for some hands-on impressions as well as more details on Assault Heroes 2.