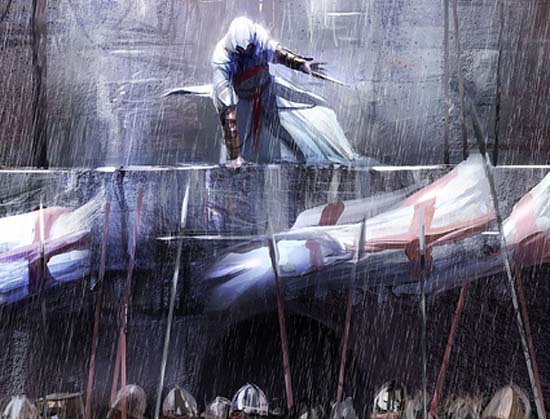 Assassin’s Creed is just a few days away from hitting store shelves, much to the delight of many a gamer (myself included). Ubisoft was kind enough to whet our appetite with a preview of a few songs from Jesper Kyd’s magnificent score. The songs are called “City of Jerusalem” and “Jerusalem Horse Ride” and can be streamed or saved for your aural pleasure. The songs really made me reflect on how far game music has come — these are lush, expansive compositions that match the atmospheric excellence of full feature film scores.

The release date on this one snuck up on me, but I want this game fearfully badly, and now I only have to decide whether I want the 360 version so I can enjoy achievements, or the PS3 version so I can rub myself raw against the graphical flawlessness in the privacy of my own home.