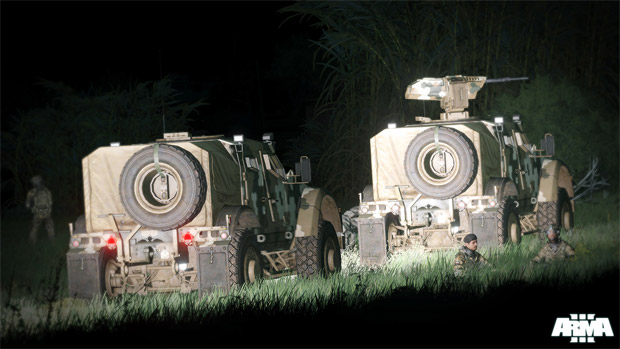 Given what Bohemia Interactive has called an “eventful year,” it’s not entirely unexpected to see that military sim Arma 3 has been pushed back to an all-encompassing 2013 release window. “The additional development time enables the project to reach its full potential, with the studio expecting to finalize their release plans in the new year,” according to the press release.

Project lead Joris-Jan van ‘t Land commented that “We’ve been in the process of implementing changes that will help us innovate as a studio under unexpected circumstances — facing problems we simply couldn’t have imagined.” As you’ll surely recall, two Bohemia employees were arrested on suspicion of espionage while vacationing in Greece.

“We’re still trying to make sense of the situation and hope that our colleagues will be released soon,” said van ‘t Land. “Although their plight has certainly affected us on a personal level, we continue working on the tasks identified as key to the release of Arma 3.”