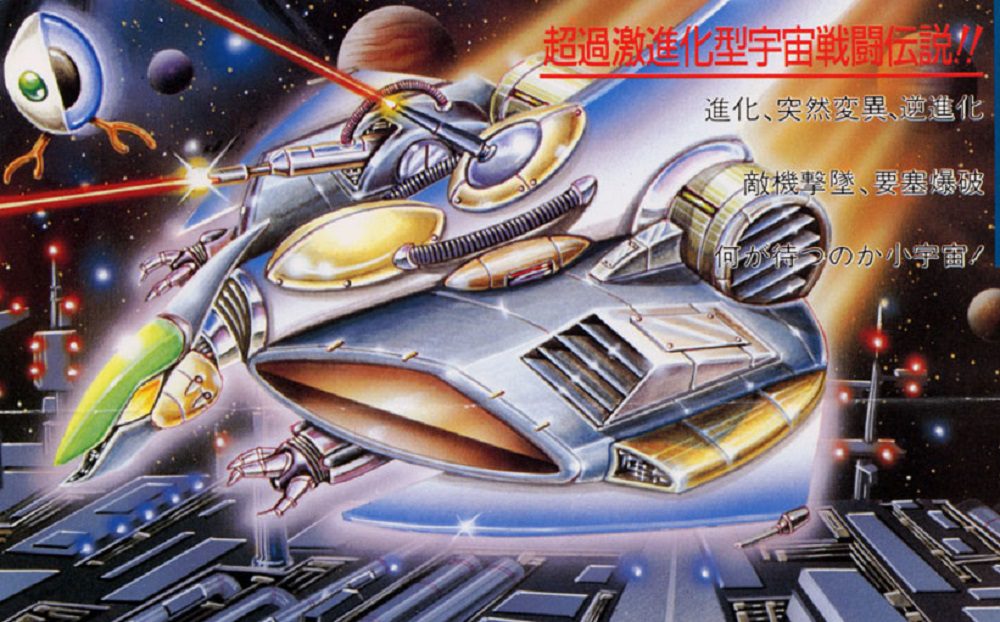 This week’s release from Hamster dips into the catalogue of old school dev Data East. Now available to download on PS4 and Nintendo Switch is the newest addition to the Arcade Archives, ambitious sci-fi shmup Darwin 4078.

Released to arcades in 1986, before later being ported to Microsoft’s MSX home platform, Darwin 4078 is a vertically scrolling shmup set deep within the bowels of a huge interplanetary vessel. Players guide a spaceship as it battles a variety of enemies attacking from land and sky. Players can jet around freely in eight directions, while two fire buttons deploy projectiles in either air-to-air or air-to-ground combat.

Darwin 4078‘s ambitious “EVOL” gimmick plays out in the form of the player’s evolutionary abilities, as gathering special EVOL capsules will see the ship transform through numerous stages of evolution — offering both buffs and nerfs to the player’s manoeuvrability, speed, and firepower. Not every available evolution is best suited to a given stage, and as such the dedicated player will learn when best to evolve, (or even devolve), to deal with the threats in question. A very intricate and unique design concept for a title of this grand old age.

Darwin 4078 is available to download now on PS4 and Nintendo Switch, priced at around $8.