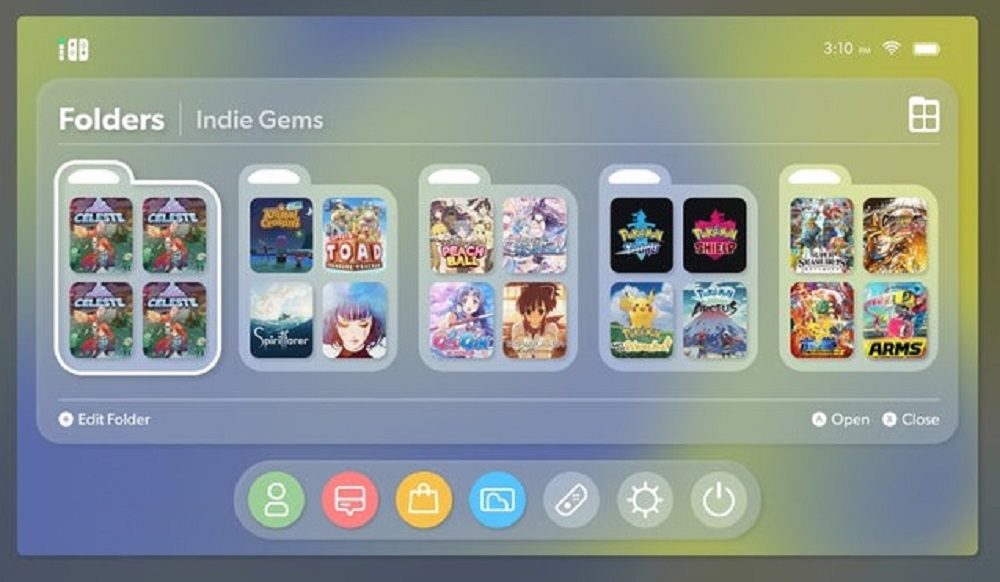 Nintendo just recently added Bluetooth audio support to Switch. After three years. I can’t imagine how long it’s going to take for another feature! Folders are still one of the most requested concepts from fans, but no dice. These Switch folders from Redditor porcorousseauu are some of the most elegant solutions I’ve seen yet.

One of the more important concepts for these mockups is transparency and simplicity. It’s very much a familiar design, but everything looks cleaner overall, and there’s an option to sort by folders and subfolders of genres. As someone who’s amassed a ton of stuff on their Switch, these would be highly appreciated. And I’d totally be down to make a “cozy/chill” folder like in the mockup: the Switch has a ton of those.

The more I dig into these photos of the Switch folders concept the more I like the overall design. It’s very sleek and true to the Switch, with a focus on minimalism that some of the other fan designs do overboard on (I still like those over what we have now!). The splash screen for games (Hollow Knight: Silksong is shown as an example) is gorgeous and easy to read. It has actual color themes. And the bottom bar is still the same as before, so people aren’t going to be completely lost if this update was officially pushed tomorrow.

About those colors, the feature is actually much cooler than it seems. As porcorousseauu puts it:

“The catalyst for this project was unboxing a new set of Joy-con and attaching them to my Switch. I kept thinking about how cool it would be if the Switch’s UI changed based on what color Joy-con were attached. I initially just wanted to take this idea and create a new theme for the UI without changing the UX too much, but then of course I got a bit carried away adding as many features to the home screen as possible.”