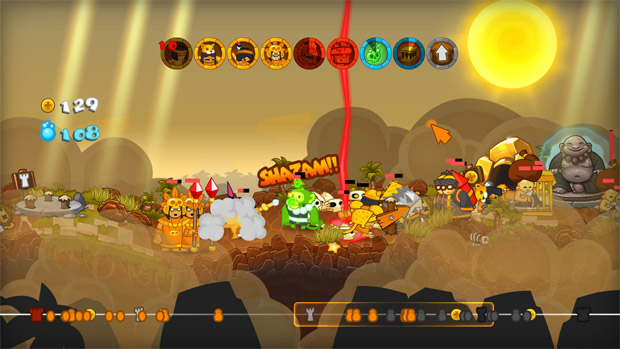 Five extra games for paying more than the average

I held off on the current Android-centric Humble Bundle since, well, I own almost all of the featured games. I had hoped that the obligatory additions would push me over by offering something mostly new, but the same “issue” has come up with the bonus titles. For those who have the patience to wait for these deals, you’re in for a treat.

Joining the current line-up of Sword & Sworcery EP, Crayon Physics Deluxe, Eufloria, Splice, Waking Mars, and Machinarium are — for those who beat the average contribution amount — Avadon: The Black Fortress, Canabalt, Cogs, Swords and Soldiers HD, and Zen Bound 2. That’s quite a bit of value considering these titles are multiplatform and the current average is hovering around $6.30 at the time of writing.