In a world where updates and patches are simply the norm, it’s a bit odd that we game writers/reporters/journalists/whatever don’t put more effort into going back and covering already released titles. Not to say that we should be re-reviewing or anything that drastic. (Think of a review as a snapshot in time.)

But, we task ourselves with informing you lovely people, and this seems like the next logical step for helping you make purchasing decisions. On some occasions, game designers openly listen to feedback — and, even rarer yet, they improve using said criticism.

Eufloria, I’m happy to report, is one of those occasions.

Eufloria has come a long way. For those that pay attention to the Independent Games Festival, you might still know this game as Dyson. The transformation from an IGF finalist to the minimalistic, real-time strategy title Anthony Burch reviewed last year was a great one. And, a round of patches later, it’s matured even more.

One of the game’s developers got in contact to see if Anthony would give it a second look. Of course, he now works for Gearbox Software, as most of you will know. So, I stepped up to the challenge … as someone who had only ever played the demo for Eufloria way back when. Yikes. Needless to say, I’ve been playing a ridiculous amount of it lately.

The timing couldn’t have worked out better, either. Right now, Eufloria is half price ($9.99) and also available in a five-game bundle for $4.99 on Steam as part of the big holiday sale. 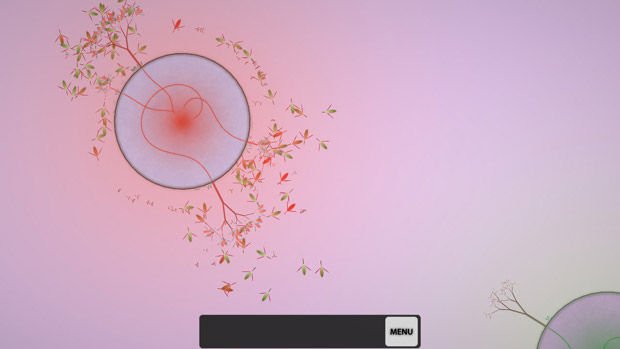 Rather than dive right into the changes, I figure some of you will want a little setup. (If not, skip down a few paragraphs.)

Eufloria is a zen-like strategy title in which you send seedlings to conquer asteroids. Using only your mouse, this is done by sacrificing ten of your ship-esque units to grow a tree that will either produce more units or act as a defensive structure. Similarly, asteroids are captured when seedlings destroy an enemy tree and die a warrior’s death at the base’s core. Essentially, that’s it.

Sure, you can also enhance your trees to provide stronger seedlings or create these all-powerful laser mines that shoot beams of death (awesome) — and asteroids will dictate the speed, health, and power of seedlings — but that’s about it. Eufloria is not meant to be overly complex in terms of mechanics, and especially not when it comes to the super-streamlined user interface. It’s better off for it. 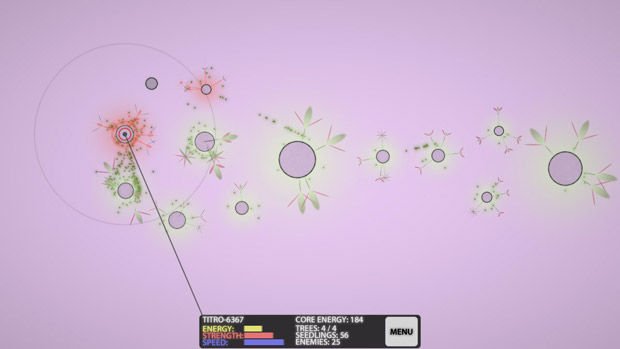 The biggest complaint when the game first released was a three-parter:

Now, Eufloria lets you choose how you want to play. There’s the “slower, more sedate” classic setting and the “faster, more dynamic” new setting. The latter, as it turns out, significantly bumps up the challenge, making for an altogether more engaging experience.

Enemy seedlings are not afraid to swoop in and wreck your shit at the most inopportune of times. That could mean only a moment after you’ve started a level, or just after you’ve sacrificed a bunch of units to create more trees, leaving you completely open for an all-out invasion. Under this new, arguably definitive mode, I can’t tell you how many times I lost all but one asteroid and only barely managed to come back. Eufloria is not only more satisfying thanks to this rule set, but faster as well. 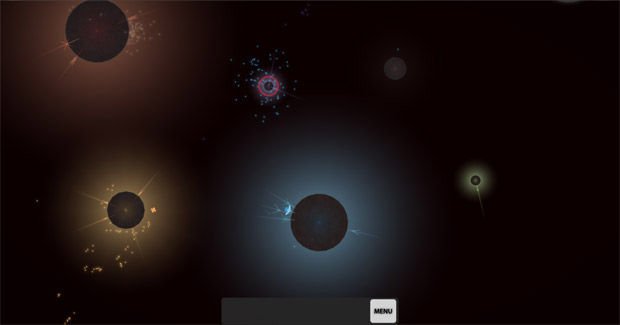 I really started to notice the difficulty on the eleventh level (of twenty-five in the campaign). From then on, any given scenario would often take me multiple attempts and a bit of luck to finally complete. What’s more, strategy — not just blocking out the sun with an absurd number of troops — is a necessity. Even still, there’s nothing more fun than having hundreds of seedlings swarm the level, one asteroid at a time. Because it’s harder to do that now, in turn, it becomes more meaningful when you are able to.

Going back to the slower, classic setting, I’m glad that it was left in as an option — some players will want to take Eufloria up on its “ambient gaming” offer, and it’ll make life easier on them. Personally, I, like Anthony did originally, found it to be too slow for its own good.

Unless I’m missing something, there is still one complaint I feel ought to be addressed. Once you have around ten or so asteroids in your control, it becomes increasingly annoying to manually move each set of seedlings to, say, a single base you want to attack. Any rally point functionality, no matter how small, would be a nice improvement.

There’s other new stuff, too. Most notably, the inclusion of some community levels, achievements, and I’m told extra modding features. I’m also told that future updates are planned. That’s a good thing, because Eufloria is being designed for PlayStation Network, Mac, iPhone, and iPad.

Assuming these current changes — and anything else that gets picked up along the way — are included in those versions, they’ll be something I can easily recommend checking out next year. Give the PC demo a try if you’re unsure; at $4.99 for the aforementioned indie Steam pack, it shouldn’t prove too difficult a choice.