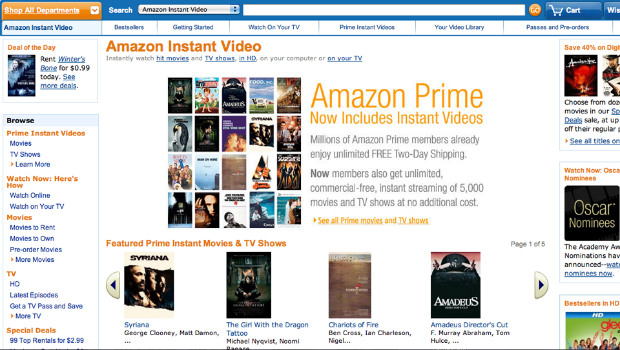 A few people across the web have noticed that Amazon’s streaming video service, Amazon Instant Video, has made its way to the PlayStation 3. One of the biggest draws of the service is a “Netflix-esque” all you can stream section that’s included with a paying Prime Membership — at this point, given all the new deals Amazon has worked out, their selection is comparable to most streaming services. However, unlike Netflix, there’s a second part to the equation which allows you to buy/rent relatively new movies and TV shows à la carte, making it a one stop shop for video stuffs.

Other than a few select set top boxes and the Roku, Amazon VOD isn’t widely available for most consumers, so adding more providers is easily a good thing — it will also no doubt sell some more Amazon Prime subscriptions. Speaking of Roku Boxes, I can heartily recommend one if you need a spare mini-media center in another room.