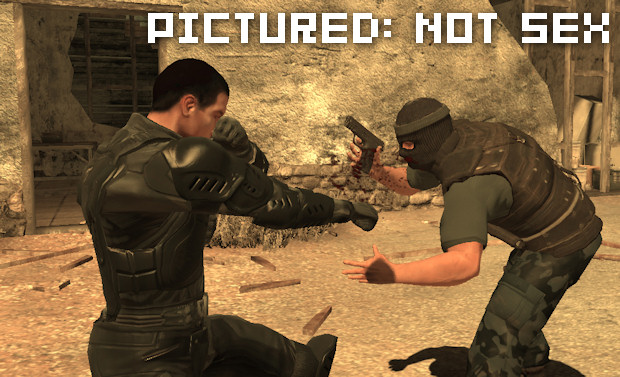 Ah, videogames and their sex scenes. FOX News was right to panic about the sex in Mass Effect, because now every single game in the world is doing it … and by that we mean a small handful are putting brief bits of sauce in. One such game is Obsidian’s Alpha Protocol, that promises such steamy shenanigans will be tasteful, but nonetheless satisfying.

“No, it’s tasteful,” says programming producer Nathan Davis. “We do some things with our cinematics, too. It isn’t just like a hand up on a thing! We cut around it a little bit. It’s an American game! What can I say? There are limits to what we can do there. I’ve seen a few of the cinematics for those and it ends up being satisfying without being… you know… over… you know?”

Davis was also asked if the scenes may be interactive, and he was quick to put that down: “No, no, no! No God of War sex scenes! We don’t have that.”

No spy adventure is complete without some inappropriate sexual liason, so I’m glad Alpha Protocol is sticking to its guns in that respect. Hopefully if enough games put do it, sex in games will stop being shocking and news networks will cease their ridiculous prattling about such silly nonsense.