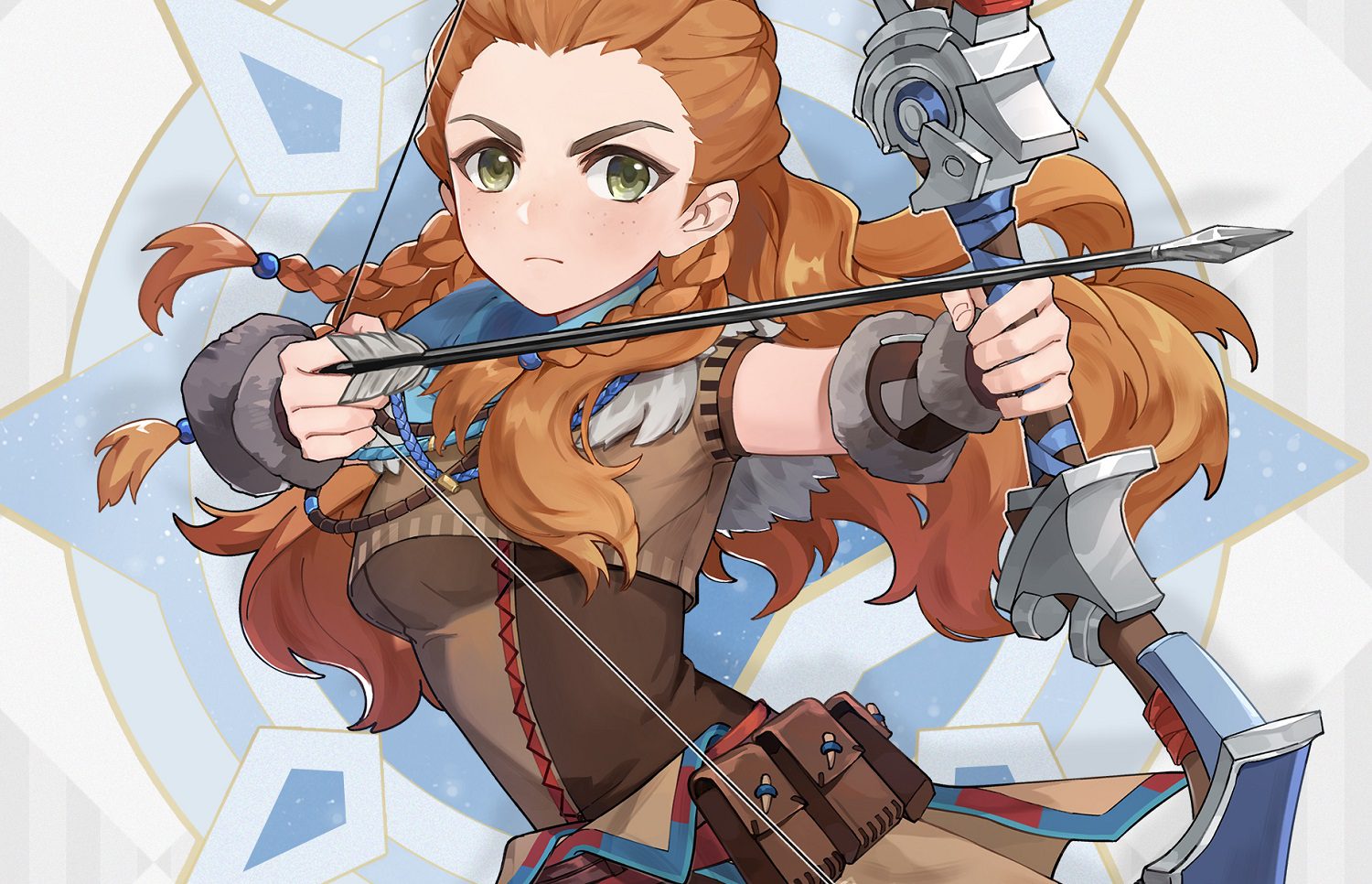 Well, here’s a totes adorbs piece of news to brighten up the morning. Guerilla Games and MiHoYo have announced a brand new collaboration, that will see Aloy, beloved hero of Horizon Zero Dawn make a guest appearance in the super-popular mobile game, Genshin Impact.

The official Genshin Impact Twitter is keeping tight-lipped on the details, not offering a release date or any further details on crossover the event or its related activities. But we have been gifted very cute artwork of the robo-hunting tribeswoman, depicted in Genshin Impact‘s attractive art style. I think she looks great! Of no surprise to any fan, Aloy will be a five-star Cryo class character, having become fully adjusted to the icy wastelands of The Frozen Wilds.

According to a character profile, Aloy — known in the Genshin Impact universe as “The Savior from Another World” — has come to Teyvat to seek new quests and adventures, her trusty bow in hand. The event will have likely be put together to help promote the forthcoming sequel Horizon Forbidden West, which will launch on PS5 later in 2021.

We’ll be sure to give you a heads-up when Aloy is ready to make her inimitable presence known.

"Everything I do is in the service of life, not death. That's why I'm here with you."#Aloy
Savior From Another World
Nora Huntress
Cryo
Nora Fortis