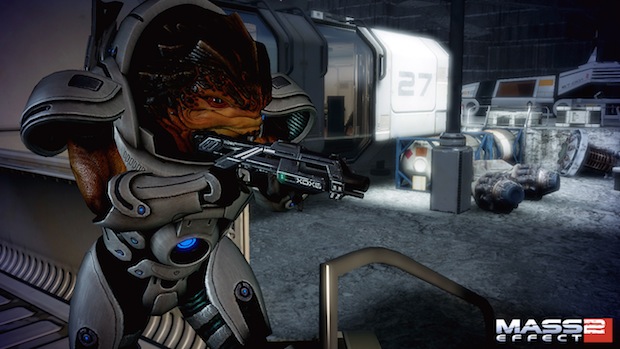 In a recent conversation with GTTV (via TVGB), Mass Effect 2 project director Casey Hudson revealed that most of the ME2 team would switch to working on ME2 downloadable content after the completion of the core game. And don’t expect just huge expansion packs — the game will support a range of different content unlike the first ME.

“As part of trying to build the game, as ambitious as it was, one of the things we weren’t able to do technically was to have the support in the game itself for certain kinds of downloadable content,” Hudson said, speaking to the first Mass Effect and its hang-ups.

“So, it had to be a huge pack or nothing essentially was the issue. Now we’ve gone through and made sure that its technically possible to do a whole range of different kinds of downloads,” said Hudson.

Hudson continued, saying that “pretty much the whole team” will begin working on DLC once the game is ready to ship, and that content could be influenced by fans: “Once we’re done working on Mass Effect 2, pretty much the whole team switches into working on really cool downloadable content. That’s where we like to listen to what fan feedback is for ‘where do you want to go’ and ‘what kinds of things do you want to see.’ “

DLC details remains unannounced, but if a recent retailer survey has the right of it, we can expect “planned episodic combat via DLC,” weapon and armor packs, new downloadable characters for the “campaign experience,” new downloadable worlds, as well as “full campaign expansions for download.” And all of that is in addition to some sort in-game “periodic update” network dubbed Cereberus Network.

It looks like Bioware will be doing some extensive ME2 DLC — the planned amount of staff Hudson mentioned certainly reflects that. But it also speaks to lessons the studio learned while creating the original’s DLC.

Bioware had small teams creating the content in the first game. Expansion pack “Bring Down the Sky” is an excellent example of this: a six-man, full-time team saw the DLC to completion after the game went gold. This was revealed to us in July by ME designer Christina Norman, who also said that the expansion was something of a learning experience.

“ ‘Bring Down the Sky’ was more than just a piece of DLC: it was us learning how to do DLC for Mass Effect and learning what we could do with a small team,” Norman told Destructoid. “Mass Effect was, of course, a huge-budget project with a huge team, but we were hoping we could produce DLC with a small team.”

“What we found was that the content we could produce with a small team in a short time just wasn’t up to the standards we wanted to produce for DLC,” she continued in response to our question. “We were able to produce more uncharted-world level content in a reasonable time, and that’s what we originally envisioned ‘Bring Down The Sky’ as being, but in an early project review we just didn’t feel that it was measuring up to what we wanted from DLC.”

At the end of the day, “Bring Down the Sky” was an OK bit of content. The Batarians were an interesting addition, and saving a planet is always thrill. But it looks like we can expect more out of ME2 — at least, that’s our hope.