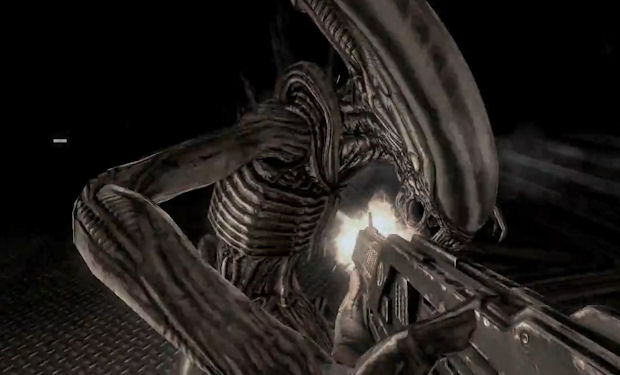 Okay, I don’t know that for sure, but somebody has to balance Nick “Aliens aren’t Taylor Swift, therefore they suck” Chester. Our illustrious editor-in-chief was less than kind to Rebellion’s interspecies royal rumble when the last trailer was released, but fortunately I’m here to provide a counterpoint because I am always positive about all games, while Nick hates every videogame ever.

So, Aliens vs. Predator. Will it rock or suck? Well, let’s look at the facts: Ben PerLee previewed it, and he liked it. Rebellion’s Rogue Warrior was a terrible game, but that was a different team within Rebellion, not the team making AvP. The game has first-person secondary jaw executions.

Finally, if you want real evidence, then check out this new trailer for the game’s survival mode. You, three friends, and wave after wave of Xenomorphs. How can you go wrong with that? Even if the game’s huge amount of other modes fail to entice, then Survival definitely has a lot going for it.

I’ll be getting my mitts on AvP as soon as I can for a full review. No, I can’t tell you for definite that it will be awesome or terrible right now, but I can tell you one thing — Facehuggers are like walking spider vaginas that can rape you, and I am sexually aroused by that.