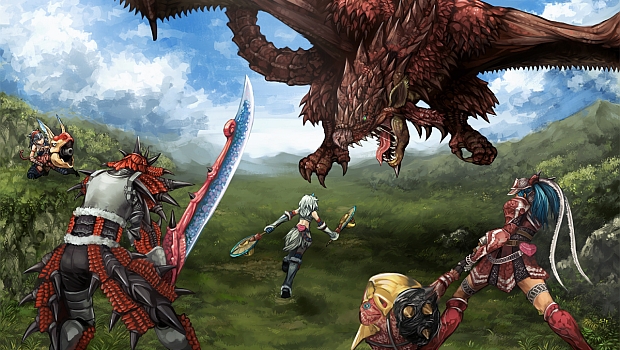 It’s a fact. The PSP is nowhere near as popular or widespread in the west as it is in Japan. As such, some of the PSP’s best titles such as Monster Hunter Freedom Unite and various fighting games, are simply more difficult to play, since they rely on local “Ad Hoc connections” to use in multiplayer. It’s just hard to get four (or more) PSP owners to hang out in the same place at the same time on a regular basis.

One of the solutions to that problem has been AdhocParty, a feature of the PS3 that allows players to connect to each other over the intertubes, using the Black Box o’ Blu-ray and the PSN as a middleman. Unfortunately, it hasn’t been available to western PS3 owners…until now.

Of course, there were third-party solutions available, among them simply downloading the Japanese version of AdhocParty, but it’s nice to see some official support finally coming this way. Plus, the service also supports voice chat, both through headset and the PlayStation Eye. Now maybe we can get some decent hunting going on.