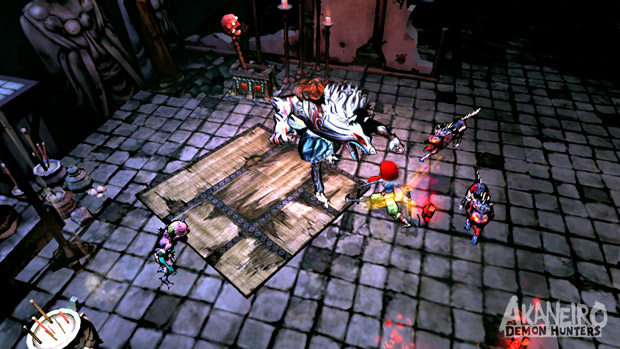 Final hours of Kickstarter campaign are upon us

Akaneiro: Demon Hunters is probably my favorite thing to come out of Spicy Horse Games. Already Greenlit for Steam, it is now on the verge of getting funded on Kickstarter — approximately 90 percent of the goal has been reached, with under two days to go — and can be played online through SpicyWorld and Kongregate.

While this is yet another action-RPG in a time when we’ve got some rather good ones vying for our attention, it does have a cool Japanese folklore setting going for it. I haven’t dug in deep enough to really comment on Akaneiro yet — generally speaking, it could use some extra polish — but it’s free to play and I must admit to adoring the imagery.

For a while there, it was somewhat unclear to me what the Kickstarter was for. Put simply, it’s to raise money to expand the game’s scope and deliver a “truly final state” across all target platforms. You can read up on the necessary details at the campaign page, and try out Akaneiro for yourself online or by downloading the client at the official site.